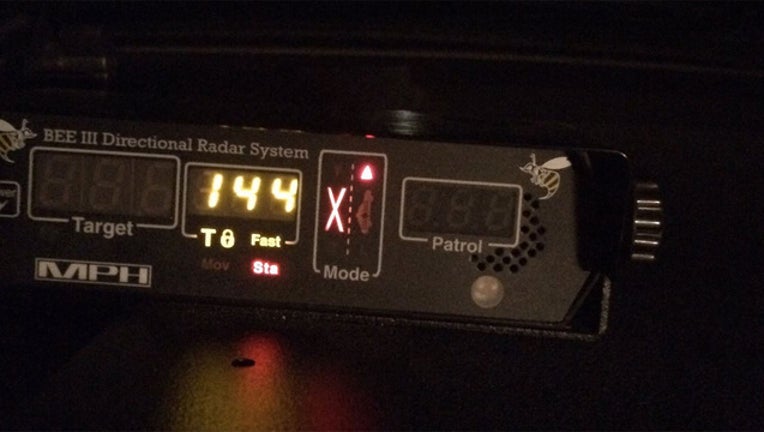 State Police in Iowa say a radar gun caught a driver going 144 mph on I-80.

The incident happened the first week of May.  The Iowa State Patrol posted a photo of the speed displayed on the machine in a patrol car.

The post said that a state trooper stopped a vehicle that was going a "blazing speed" during the midnight shift.  The patrol stated that "a dark, open road is no excuse for high speed.”

No details on the driver or the type of car that was speeding were released.

READ NEXT:  Man receives ticket after hitting 88 mph in his DeLorean