A possible stolen Kia Soul is leading authorities on a chase across Los Angeles.

SkyFOX was first over the chase scene on the 5 Freeway where the suspect in a white Kia Soul led authorities on a pursuit in the Burbank area. Over the course of the chase, the suspect passed through parts of Highland Park on the 110 Freeway, Westlake, near Exposition Park and then Jefferson Park.

Officials did not say where the Kia may have been stolen from.

SkyFOX followed the police chase in the Adams-Normandie area until leaving the pursuit scene all together at 11:11 p.m.

As of late Thursday night, no arrests have been announced in the chase. 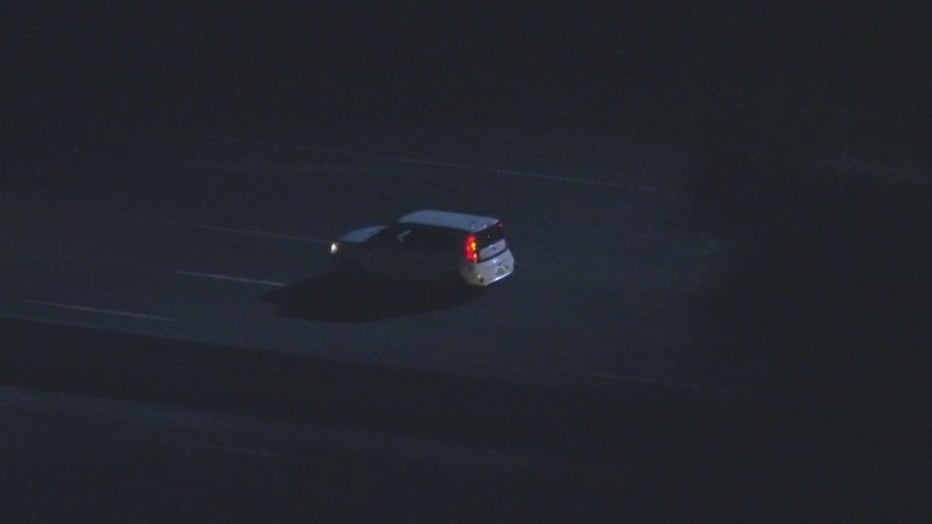 This is a breaking news story. Stay with FOX 11 for the latest.