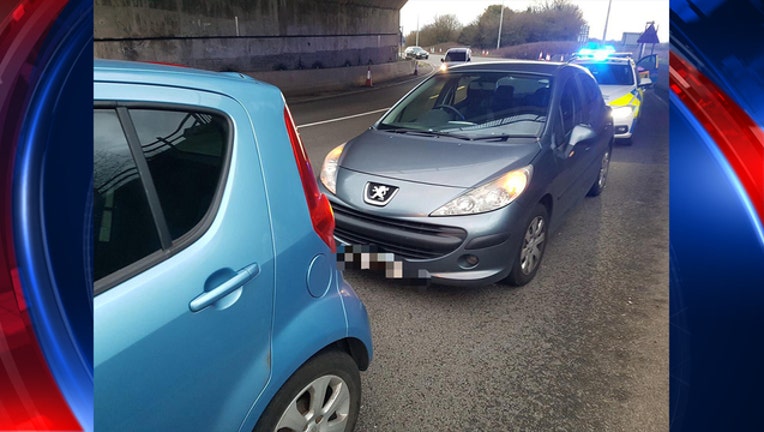 DERBYSHIRE, United Kingdom (FOX 10) -- Police in one United Kingdom county say a man was arrested for alleged drunk driving, after he was reported by another driver.

What makes this story stands out from many other drunk driving stories is that the driver who made the report was also arrested for allegedly driving drunk.

Officials with the Derbyshire Roads Policing Unit said "you couldn't make this up", in a tweet they made to the department's verified Twitter page on March 17.

According to the tweet, it all started with a collision that was described by police as "very minor" along the M1 motorway, which connects London to the northern part of England. One of the driver called police after he suspected the other driver was driving drunk. When police arrived at the scene, a breathlyzer test was administered on both drivers. One of the drivers blew 40 micrograms per 100 milliliters of breath, while the other blew 78 micrograms per 100 milliliters of breath.

The alcohol limit for drivers in the UK, according to the government, is 35 micrograms per 100 milliliters of breath.

Both drivers have since been charged. Police did not release the identity of either drivers. As for the accident, police officials say it caused no damage.