AUSTIN, Texas - The Austin Police Department is investigating two deadly shootings in southeast Austin and it's asking the public for help in finding the suspects involved.

The first incident happened in the 2100 block of Burton Drive near Oltorf at around midnight.

Officers responded to multiple 911 calls about gunshots in the area. One caller told police that a man was lying in the road.

When officers arrived they found the victim who had been shot several times. Officers began life-saving measures until EMS arrived but the victim was pronounced dead at the scene.

Less than an hour after that incident, another shooting took place near Riverside and Pleasant Valley.

Police received multiple calls of shots fired in the area and one person said they saw someone who was injured but walking away from the scene.

When officers arrived they couldn't find a victim and began searching the area. They discovered a tent that appeared to be shot and had blood nearby.

Police looked inside the tent and found a man who'd been shot several times. The man was pronounced dead at the scene. 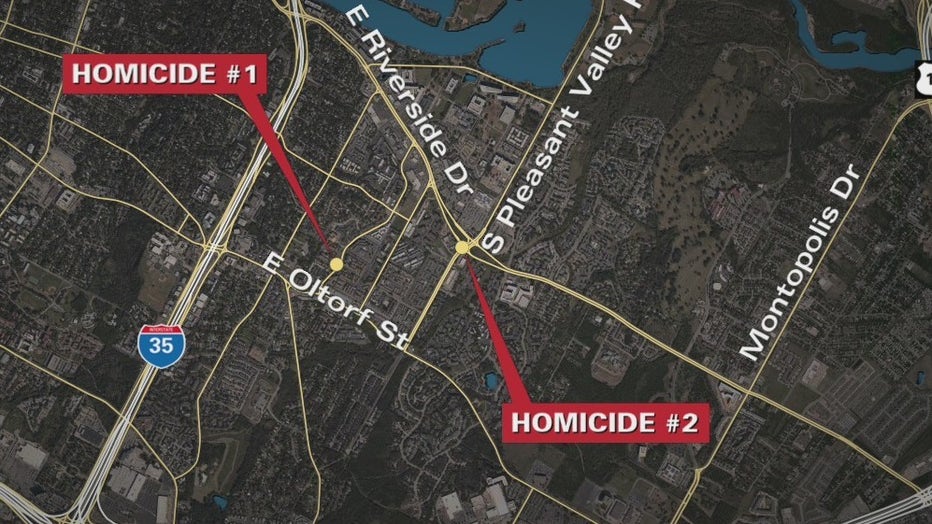 Investigators are asking people to be aware of their surroundings and report any suspicious activity since they don't have any suspects in custody as of this time.

If you have any information you're asked to call Crime Stoppers at 512-472-TIPS.

APD also says it was also investigating a third shooting but did not provide details.