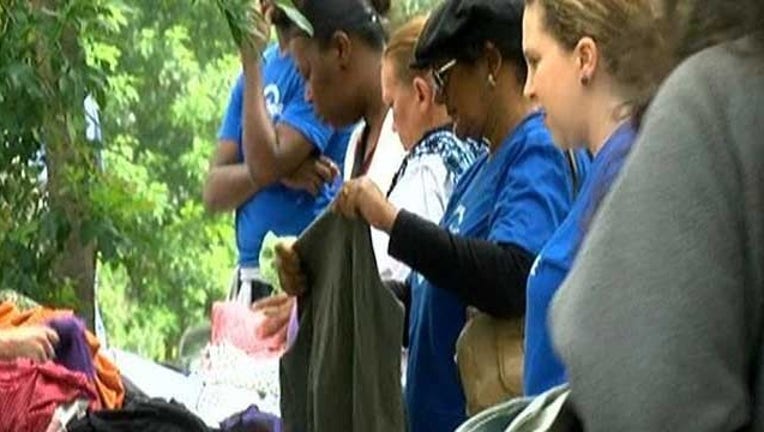 All the flooding we've seen this week is impacting Austin's homeless population.

Thursday, a large advertising agency is taking time to help those in need of the basic necessities after the storm.

Terrelle Sorrells knows first-hand the damage a flood can do.

"A lot of my stuff got soaked," said Sorrells, shopper.

When she spotted "The Street Store" on the corner of 10th and Brazos ,she knew she had to take advantage. The downtown advertising agency called "The Ad People" opened the store which has clothes, shoes, and even diapers, all for free.

"I got some shorts, some blue shorts, three dresses, and some pants and some more clothes," said Sorrells.

"Normally when they need clothing or whatever, they have to go find clothing somewhere in a bag or rummage through something to find something but really it's cool for them to be able to have the dignity we have when we go to a normal store," said Steve Miller, Ad People of Austin.

Pete White watched as the flood wreaked havoc downtown. He stopped to restock on anything he may need.

"I was inside of a building, just waiting on the rain, just had a shelter over my head. I got a Sunday outfit for a job interview," said White.

"The homeless are definitely overlooked even during times like this, during big storms. They're sort of not necessarily being covered, so we don't want to overlook them," said Miller.

Any leftovers will go directly to someone who needs the items and also to victims of the Wimberley floods. Organizers say they don't want to overlook a population who needs the support of the Austin community, because in just a flash the shoe could be on the other foot.

All items were donations from around the Austin community.