CHARLOTTESVILLE, Va. - Men and women naturally store fat differently. Considering this, researchers at the University of Virginia have identified a potential way to battle the health effects of obesity and type 2 diabetes in women after discovering an important factor specific to how female bodies use and store fat.

The team at the University of Virginia School of Medicine used female lab mice as part of the research and were able to change whether the mice’s bodies stored fat subcutaneously, which means under the skin, or viscerally, meaning wrapped around the organs. While visceral fat is more hidden deep inside the body, it can also be more dangerous to health.

The results in mice suggest that a similar approach could help treat the effects of obesity in women and battle metabolic diseases, such as diabetes, the team said.

"There is a strong need for targeted therapies against metabolic abnormalities caused by obesity and diabetes," the study's first author, Dr. Qianyi Yang of UVA's Center for Public Health Genomics, said in a statement, who added that the researchers hope the findings can lead to a novel treatment option in the future.

Why the difference? The new findings help further explain, centered on a particular gene in the body.

The team, led by Associate Professor of Biomedical Engineering Dr. Mete Civelek, was investigating a gene called KLF14 that has been linked to many different metabolic problems like type 2 diabetes and coronary artery disease. These issues have been more pronounced in women than men, but the reason has remained unclear, Civelek’s team said.

The team found that the KLF14 gene is a key regulator of how the female body uses different forms of fat. The gene makes a protein that plays an important role in how fat cells form, what type of fat they turn into and where they are stored, according to a statement from UVA. 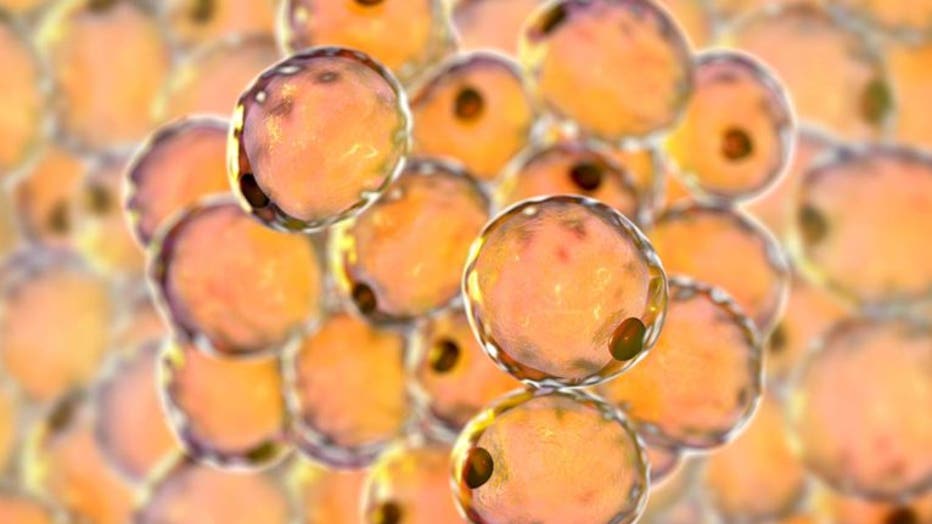 Furthermore, the female mice suffered lower metabolic rates and faster breathing, suggesting they were relying more on carbohydrates for fuel, according to the researchers. Their bodies also became less efficient at managing triglycerides, which is a type of fat in the blood.

But, when the team increased production of the KLF14 protein in female mice, they lost weight — while the male mice didn’t.

These results led the team to believe that increasing the production of the KLF14 protein in fat cells in women may offer a way to treat the harmful effects of obesity and type 2 diabetes. But they stressed that more research is needed.

Civelek said the team is now working to create a drug delivery system that will target fat cells and deliver a small molecule to increase KLF14 abundance in the body.

"We hope to translate our laboratory's findings to the clinic to help women fight the effects of obesity and diabetes," Civelek said in the statement.

The findings were published in January in the scientific journal Diabetes, a publication of the American Diabetes Association, and detailed in a news release by UVA Health this month.