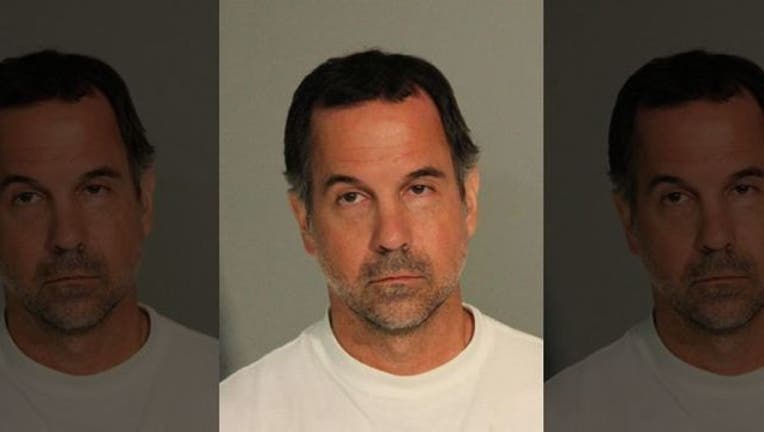 INDIANAPOLIS (Associated Press) – An Indianapolis gymnastics coach who trained two members of the 2008 U.S. women's Olympics team was found dead of an apparent suicide in his jail cell, where he was being held on charges of child pornography and molestation, authorities said Sunday.

Marvin Sharp, 49, was found unresponsive at 8:17 p.m. Saturday in his cell at the Marion County Jail, sheriff's spokeswoman Katie Carlson said in a statement. She said foul play isn't suspected, but that she couldn't provide further information.

Sharp, who was the USA Gymnastics 2010 Coach of the Year, was arrested Aug. 24 on four local counts of child molestation and three counts of sexual misconduct with a minor.

"These minor girls have been identified as former gymnasts that trained at Sharp's gym and participated in photo shoots with Marvin Sharp," Detective Darin Odler said in an affidavit. Odler is an Indianapolis police officer assigned to an FBI task force on violent crimes against children.

According to the charging documents, investigators found thousands of sexually explicit images of minors in locked safes in his Indianapolis home and at his business, Sharp's Gymnastics Academy. The academy also had a photography studio.

Messages seeking comment were left Sunday at the academy and with Sharp's attorney, Jim Voyles.

A probable cause affidavit filed with the local charges last month stated Sharp repeatedly fondled or touched a girl he had coached and that the abuse began when she was 12 and continued for about two years.

Sharp repeatedly photographed the girl in a room at his gymnasium and allegedly fondled her while adjusting her clothing, the affidavit alleged. She told investigators Sharp "would constantly 'fix her underwear'" and touch her during the photo sessions. In one session, she said Sharp made her wear a straightjacket, and on other occasions asked her to pose "provocatively" in clothing he had provided her, the document said.

The girl told authorities she feared Sharp would "kick her out of the gym or hurt her" if she didn't do as asked. She later told her mother about the events during the photo shoots, court documents said.

The Indianapolis Star has reported that Sharp coached central Indiana natives Bridget Sloan and Samantha Peszek before they were members of the U.S. team that won a silver medal at the 2008 Beijing Olympics.