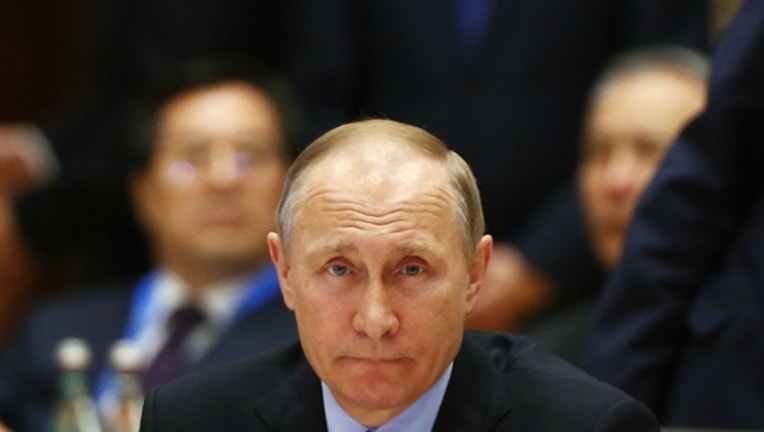 Putin and Iranian leader Hassan Rouhani spoke on the phone and agreed that the air strikes executed by the U.S., Britain, and France on Saturday damaged the chances for political solution in Syria, according to a statement from the Kremlin, Reuters reported.

“Vladimir Putin, in particular, stressed that if such actions committed in violation of the U.N. Charter continue, then it will inevitably lead to chaos in international relations,” the statement read.

The comments came after the announcement that the U.S. is prepared to ramp up pressure against Russia in the form of economic sanctions in a bid to halt Moscow’s support for Syrian leader Bashar al-Assad, who is accused of perpetrating the recent chemical attack.

"We're letting Russia know this is not something that we want to be a part of," U.S. Ambassador to the United Nations Nikki Haley told "Fox News Sunday."

"It's not something we're going to tolerate and they've got to make a decision. Right now, they don't have very good friends, and right now, the friends that they do have are causing them harm,” Haley added. "The international community is telling Russia that either you make a decision on how you act and when you act, or the rest of us will make a decision in isolating you.”

Western governments said Assad was responsible for the use of internationally prohibited weapons, though the Syrian and Russian governments denied any involvement in the attack.