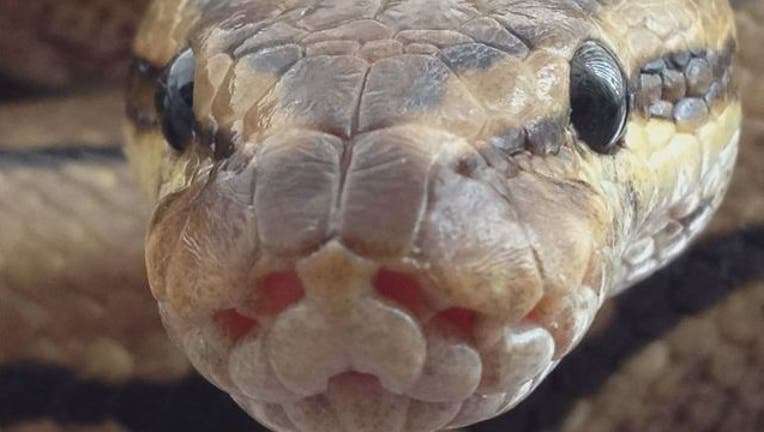 BRISBANE, Australia (FOX 5 WTTG) - Turn on your lights when using the bathroom at night-- at least in Australia.

Because one women using the bathroom was bitten on her rear by a carpet python hiding inside the toilet.

According to the snake catcher company, who detailed the shocking incident on Facebook, she felt something bite her "mid-stream."

"It all happened so fast, and she initially thought it was a frog." The company went on to say, "Of course, she discovered it was not a frog, but in fact a Carpet Python which had gotten just as much of a fright as she did. Unfortunately, the snakes preferred exit point was blocked after being spooked by the customer sitting down and it simply lashed out in fear."

Some antiseptic spray was administered on the "small puncture marks" left by the scared snake.

As for the snake, it was safely removed and relocated. It's probably also safe to say the woman's bathroom habits have changed, forever!

While it's not uncommon for snakes to hide in toilets, it was certainly a first for the snake catchers who turned up to the incident.

And in case you ever find yourself in this strange predicament, the safest thing you can do is put down the toilet lid, secure it, and call a snake catcher!