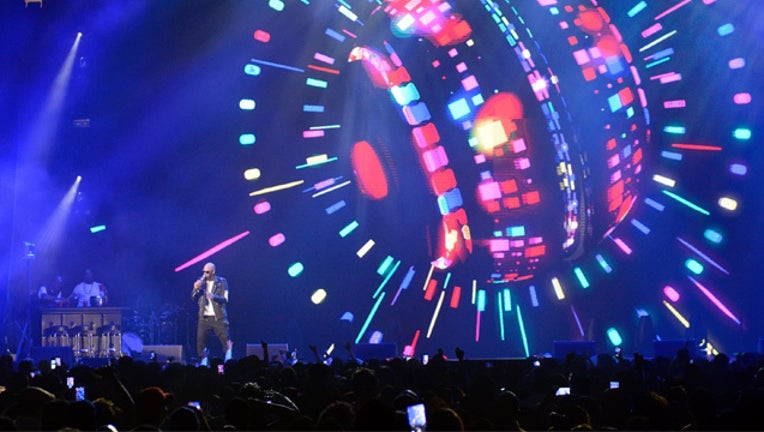 CHICAGO, IL - MAY 07: R. Kelly performs during The Buffet Tour at Allstate Arena on May 7, 2016 in Chicago, Illinois. (Photo by Daniel Boczarski/Getty Images)

CHARLOTTE, N.C. (AP) - R. Kelly is going on with his concert in North Carolina Friday, rejecting calls from protesters to cancel his appearance over longstanding allegations of sexual misconduct.

The Greensboro concert is among the R&B singer's first performances since the #MuteRKelly movement accelerated boycott efforts in recent weeks with help from the Time's Up campaign against sexual harassment and assault. Kelly was also recently dropped from a May 5 concert in Chicago, and the music streaming service Spotify removed him from playlists curated by the platform.

Protesters are planning to gather outside the Greensboro Coliseum Friday to express their displeasure with arena officials for not calling off the performance.

A letter released earlier this week and signed by a coalition of women's groups connected to #MuteRKelly cited what it called Kelly's "long term history of sexual misconduct."

"The coliseum has neglected to consider the Black women and girls that largely make up the community that relies on them for engagement and entertainment," the letter said.

Kelly, who was acquitted in 2008 of child pornography charges, denies the allegations. The R&B superstar's management team noted this week that he faces no current criminal charges. Kelly's management said late Wednesday that he's looking forward to the North Carolina concert.

"This has struck a nerve in the community," said Brandi Collins-Calhoun, director of reproductive and maternal health for the YMCA of Greensboro, one of the groups that signed the letter.

Prior to Greensboro, Kelly was scheduled to be among the performers at a May 5 concert in Chicago, but was dropped as protests arose. He issued a statement on YouTube saying he didn't know why his performance was canceled.

The organizers of #MuteRKelly trace their efforts to get the singer off the airwaves and concert stages to mid-2017, but the campaign has gotten renewed attention since a statement in recent weeks issued by filmmakers in the Time's Up campaign.

On the heels of losing the Chicago appearance and calls for the next concert to be canceled, the music streaming service Spotify announced Thursday it was removing Kelly's music from its curated playlists. It cited its new policy on hateful content and conduct in making the move.

A company representative said Kelly's music is no longer available on the streaming service's owned and operated playlists and algorithmic recommendations. While his music will still be available to those who search for it, Spotify will not promote it.

Kelly's management protested the move in a statement to The Associated Press.

"R. Kelly never has been accused of hate, and the lyrics he writes express love and desire," the statement read. "Mr. Kelly for 30 years has sung songs about his love and passion for women. He is innocent of the false and hurtful accusations in the ongoing smear campaign against him, waged by enemies seeking a payoff. He never has been convicted of a crime, nor does he have any pending criminal charges against him."