Rare lobster saved from being dinner at Red Lobster: ‘One in every 30 million’

This is one lucky lobster! FOX 5’s Bob Barnard has the latest on Freckles - the calico lobster that was rescued from being served as dinner!

MANASSAS, Va. - This is one lucky lobster.

The restaurant chain Red Lobster is known for having a big tank in the front of each of its locations full of lobsters. Typically, these animals are destined to end up on someone’s dinner plate, but that wasn’t the case for one lobster in Virginia.

It turns out, being a rare specimen can have its perks.

The lobster in question is also referred to as one of the rarest lobsters in the world, Inside Nova reports. That made it even more of a surprise when it turned up at a Red Lobster in Manassas. 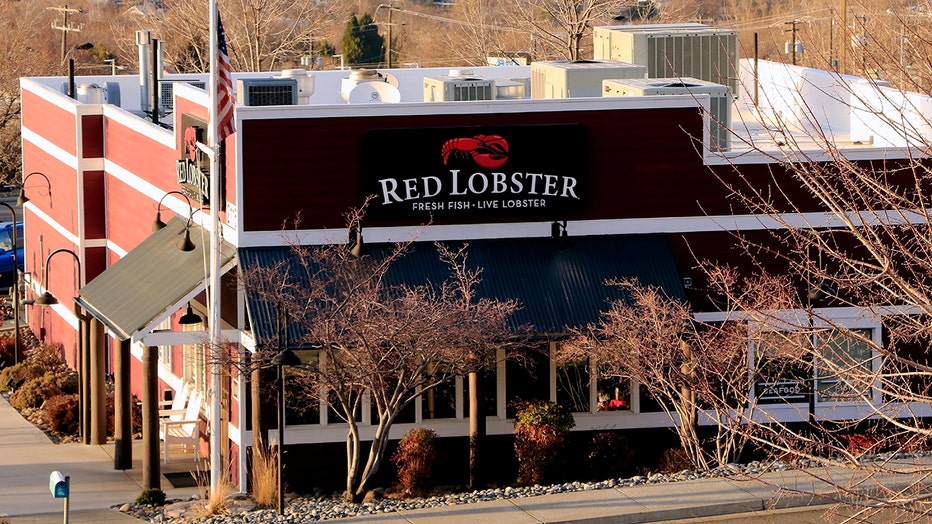 Fortunately, the lobster was noticed while it was still alive and it was rescued from being served as dinner.

The animal, which has been nicknamed Freckles due its appearance, is a calico lobster, The Takeout reports. According to the news outlet, these sorts of lobsters are named for the spotted design that appears on their shell and only occur in about "one in every 30 million" lobsters.

Freckles has reportedly been donated to the Virginia Living Museum for its lobster display.

In a statement obtained by Fox News, a spokesperson for Red Lobster said, "Calico-colored lobsters like Freckles are so rare, it was almost unbelievable that we received one! We are so proud of our employees for recognizing that Freckles was so special – and for reaching out so we could make arrangements for rescue. We appreciate the help of our friends at the Akron Zoo, who made the connection to the Virginia Living Museum, where Freckles is now in quarantine before joining the lobster display. We hope Freckles brings lots of joy to guests of the museum and lives a long and wonderful life."

Freckles is not the only rare lobster to be discovered at Red Lobster.

Last year, Fox News reported that a rare blue lobster was rescued by employees at a Red Lobster restaurant in Akron, Ohio, after the unusual creature came into the restaurant as part of its live lobster shipment.