Colorado Republican firebrand U.S. Rep. Lauren Boebert was in a tight race for reelection against Democrat Adam Frisch, a former Aspen city councilman who lambastes what he calls Boebert's divisive brand of "angertainment" in Washington.

A Donald Trump loyalist, Boebert has established herself as as a national lightning rod in her first term, assailing inflation, crime, U.S. dependency on foreign oil and U.S. border policy under President Joe Biden’s watch. Her midterm election prospects in Colorado's mostly rural 3rd Congressional District seemed boosted by redistricting that made the district more Republican. But the race was too early to call early Wednesday.

At a campaign party Tuesday night in a restaurant-bar in Grand Junction, Boebert got onto a stage and offered an extended prayer to her supporters. She concluded by declaring: "We will have this victory."

Frisch spent the evening with supporters in Aspen. He said he was feeling good about the challenge he’s posed to Boebert, who was largely considered a lock for the seat until results started coming in Tuesday night.

"I spent 10 months trying to convince donors and journalists and political strategists everywhere that there was a path forward," Frisch said in an interview just after midnight. "And people started to believe it a little bit a month ago, and people believed that a lot four hours ago."

To Frisch, it wasn’t a surprise.

"I have this calm belief that that 40% of the Republican party wants their party back," he said. 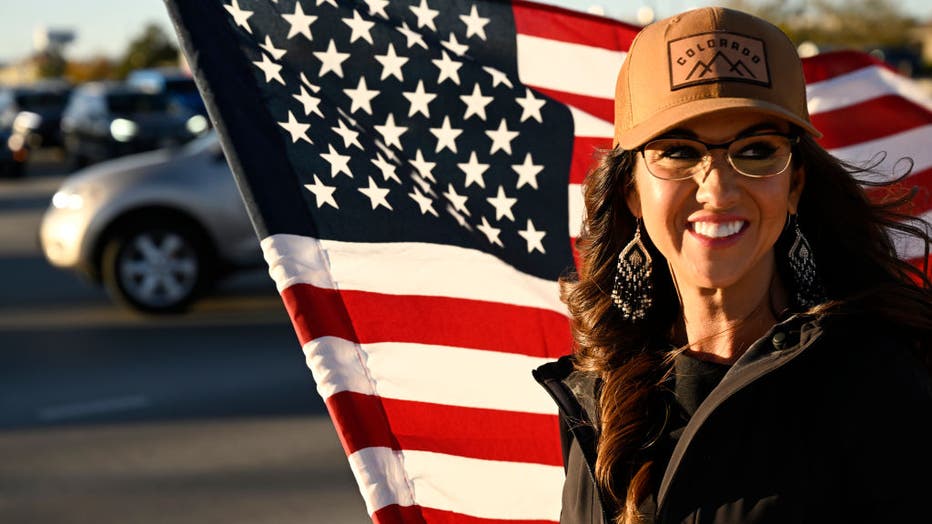 Congresswoman Lauren Boebert joined other during an Election Day rally at the intersection of Rimrock Ave. and I-70 Business Loop on November 8, 2022 in Grand Junction, Colorado. (Photo by RJ Sangosti/MediaNews Group/The Denver Post via Getty Imagest

Frisch, a conservative Democrat, contends Boebert has sacrificed the district’s interests, focusing instead on talk-show appearances and social media to accuse Biden and Democratic House Speaker Nancy Pelosi of seeking to destroy the soul of the nation. Frisch vows, if elected, to join a bipartisan Problem Solvers Caucus in Congress, a sharp turn from Boebert’s repudiation of across-the-aisle consensus-building.

Republican state Sen. Barbara Kirkmeyer and Democratic state Rep. Yadira Caraveo were in another tight race in Colorado's new 8th Congressional District, stretching north from Denver's to Greeley. The race also was being watched nationally as the GOP sought to flip control of Congress.

Kirkmeyer, a former Weld County commissioner, pledges to get tough on crime, unleash the district’s oil and gas industry and rein in government spending. She once supported a blanket ban on abortion but now says she’d respect exceptions if the mother’s life is in danger.

Caraveo is a pediatrician and defender of abortion rights who voted for police accountability after the George Floyd protests. Caraveo hopes her cultural lineage as the child of Mexican immigrants will attract support in a swing district where Latinos comprise nearly 40% of voters. 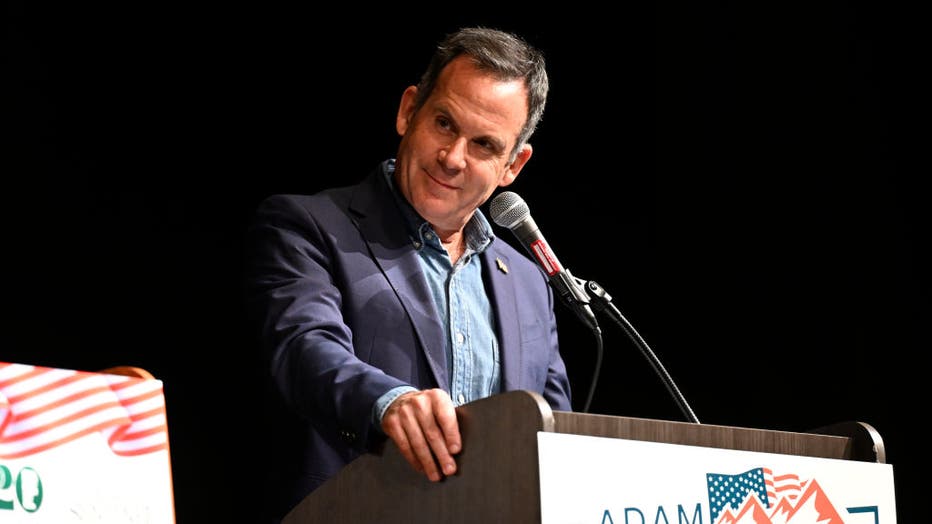 About 7 in 10 voters in Colorado say things in the country are heading in the wrong direction, according to AP VoteCast, an expansive survey of more than 2,700 voters in the state.

The poll also shows voters overwhelmingly disapprove of economic conditions in the U.S. About three-quarters say the state of the economy is either not so good or poor, compared with about a quarter who call it excellent or good. About a third say their family is falling behind financially.

The Supreme Court’s decision overturning Roe v. Wade, the 1973 decision on abortion, also played a role in most voters’ decisions, with about 8 in 10 calling it a factor in how they cast their ballot. About a quarter call it the single most important factor in their vote.

Both President Joe Biden and former President Donald Trump were high on voters’ minds in the midterm elections, according to the poll. More than 6 in 10 say Biden was a factor in their vote, and a similar proportion say so of Trump.