At least six people were hospitalized after a reported explosion at a Plano home on Monday afternoon.

An explosion that left six people hurt in a Plano neighborhood was likely caused by a gas leak.

On Tuesday morning, investigators with Plano Fire-Rescue returned to the site of the blast in the 4400 block of Cleveland Drive, located off Park Boulevard between Ohio Drive and Coit Road.

They determined the probable cause of Monday afternoon’s explosion was an isolated gas leak inside the home.

The force of the blast left the home in a flattened pile of wood and debris. The two houses on either side also have major damage and are uninhabitable. 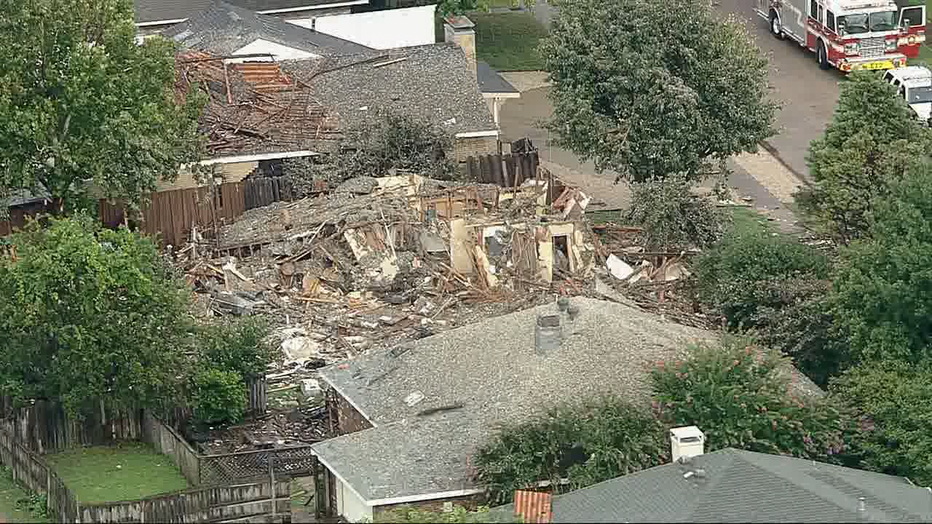 The explosion was recorded by a doorbell security camera on a house across the street.

One person was inside the home and had to be pulled from the rubble and taken to the hospital.

Five other people including three children were also hurt. They were all in a house next door.

Police have not given an update on their conditions but a neighbor told FOX 4 she saw the kids walking unassisted and climbing into an ambulance.

An explosion left several people hurt in a Plano neighborhood. Investigators returned to the scene Tuesday morning trying to figure out why the house blew up.

Neighbors also said the blast happened during a thunderstorm. They saw a flash and heard a loud-shaking boom.

"I just happened to be looking out my window right as it happened and it was a big flash of bright light," said Taylor Reddick, who lives nearby. "It had been lightninging a lot already, and I just saw a huge black smoke go up and debris go flying in the air. It all happened very fast."

The impact of the explosion was felt by people living a mile away. Many who walked to the scene were in disbelief.

Neighbors said they can only imagine what it was like for the one person inside the home at the center of the explosion.

"It felt like a bomb going off. The whole house rumbled. Some of our ceiling kind of rattled and what not and there was dust and everything that kind of fell. It was pretty serious," Reddick said. 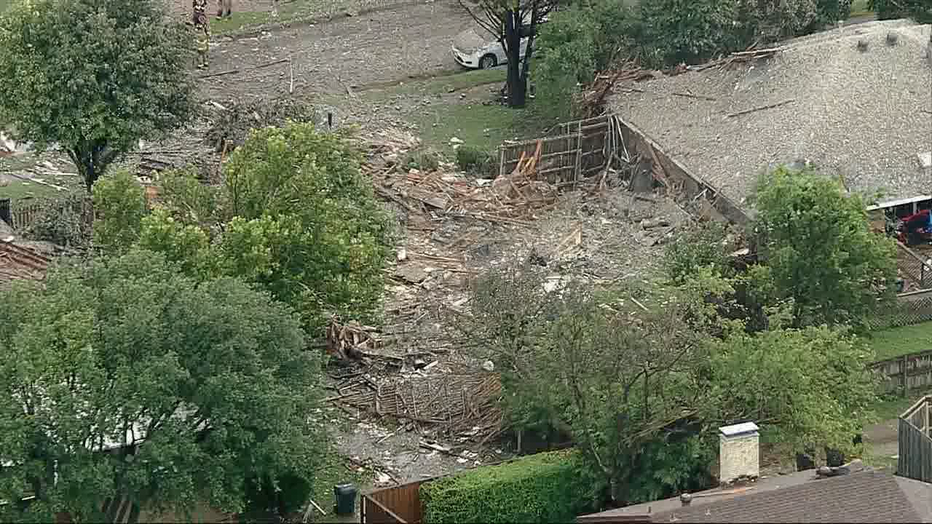 "We felt a huge just rumbling in the house and we thought it was just the storm going over us," added Holly Cortez, who lives nearby. "You know, just praying for everyone involved. It’s very scary."

Investigators from Plano Fire-Rescue, Atmos, Oncor and the Plano Police Bomb Squad all came out to the scene. They found no evidence of hazardous materials or foul play.

They will continue investigating to determine if the storm played any role in the explosion and where the gas leak was located within the home.