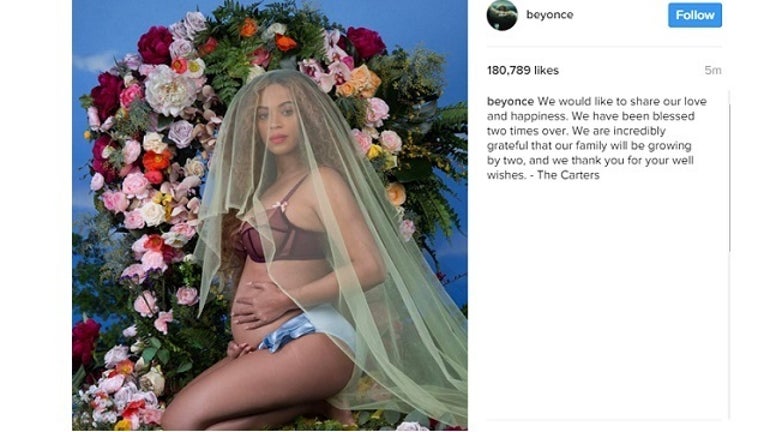 Mum's the word from the parents and their reps, even though reports are flying that the much-anticipated twins have made their arrival.

Several outlets have published reports with no official confirmation. Even Beyonce's father, with whom she has had a strained relationship, tweeted congrats Sunday.

Beyonce and Jay Z are usually tight-lipped about their personal lives and waited years to release footage of their wedding and weeks to confirm the birth of daughter Blue Ivy, who is now 5.

They announced she was pregnant with twins in an Instagram post in February. The pregnancy forced Beyonce to bow out of the Coachella music festival in April.