DETROIT (FOX 2) - With at least 100,000 ballots to be counted in Michigan, ballot workers across the state are working to count as many ballots as possible.

In Detroit, there were at least 16,000 votes left to count while dozens of people were chanting to be let inside the TCF Center to observe the count

Across the entire state of Michigan, at least 100,000 ballots were yet to be counted as of noon, according to Secretary of State Jocelyn Benson. Many were in Democratic cities including Detroit, Grand Rapids, Flint, and Kalamazoo.

In Detroit, poll watchers outside of the TCF Center demanded to be let inside to observe the count.

Both political parties are allowed to have 134 members of each party inside to observe and challenge the opening and review of absentee ballots.

However, shortly after President Donald Trump announced a lawsuit seeking to stop the count of absentee ballots, citing a lack of access to review, supporters showed up outside the TCF Center. 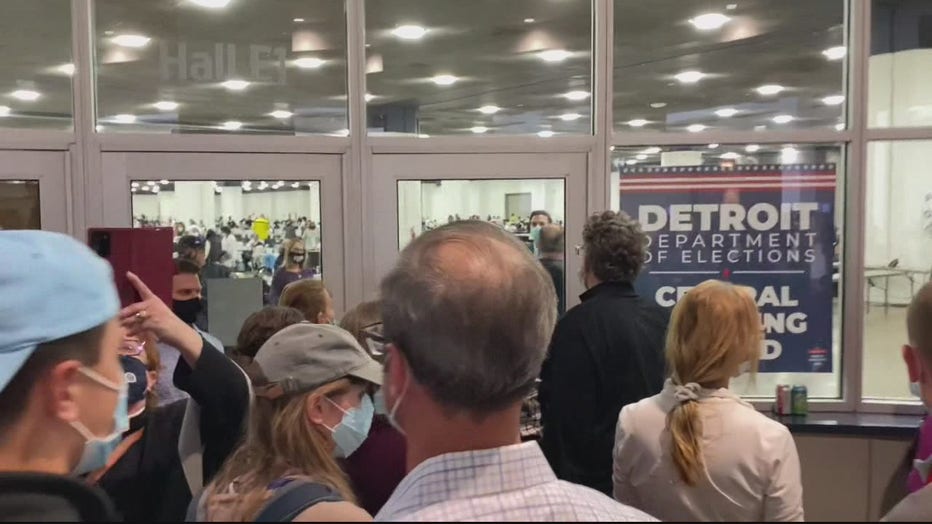 At one point, workers put up cardboard to cover the window to allow them to continue keeping count.