US Armed Forces: Quick history of the 6 military branches

The U.S. military is made up of the Army, Marine Corps, Navy, Air Force, Space Force, and Coast Guard. Here's a quick look at each service branch and its creation.

Fishing crews trolling roughly four miles off the coast of Block Island, Rhode Island pulled in an explosive catch on Tuesday when the nets they were dragging captured a depth charge dating back to World War II.

Once the ordnance was discovered, the crew contacted the U.S. Coast Guard, who then requested assistance from the U.S. Navy. 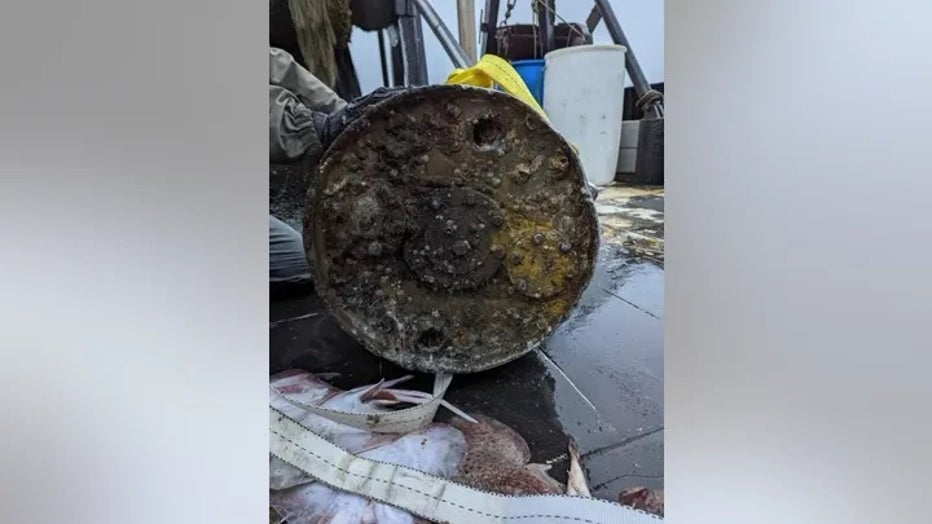 A spokesperson for the Navy said on Thursday that Navy Explosive Ordinance Disposal Mobile Unit 12 out of Newport, Rhode Island responded and took possession of explosive, identified as a World War II MK6 depth charge.

On Wednesday morning, the EODMU detonated the 520-pound depth charge underwater, about a mile from the coast. The explosive contained 267 pounds of TNT.

Coast Guard crews assisted by maintaining a one-mile perimeter from the scene.

According to the Navy spokesperson, the area the fishing vessel was trolling their nets was the site of a WWII battle.

That battle took place off Point Judith, Rhode Island, just down the coast from Narragansett, on May 6, 1945.

During the battle, German U-boat 853 was sunk by a U.S. Navy destroyer and a U.S. Coast Guard Frigate. U.S. forces dropped 195 depth charges into the water to defeat the German sub.

"When individuals encounter what may be ordnance, they should not move or touch any possible ordnance," the Navy spokesperson said. "For a maritime-related discovery, as was the case with the anglers, calling the U.S. Coast Guard is paramount. If ordnance is discovered on land or a beach, people should immediately notify their local law enforcement."

This is not the first time WWII explosives have been found near Narragansett Bay.

In August, Danish company Ørsted was surveying the underwater lands to erect wind turbines when it came across 11 unexploded military munitions in Narragansett Bay.