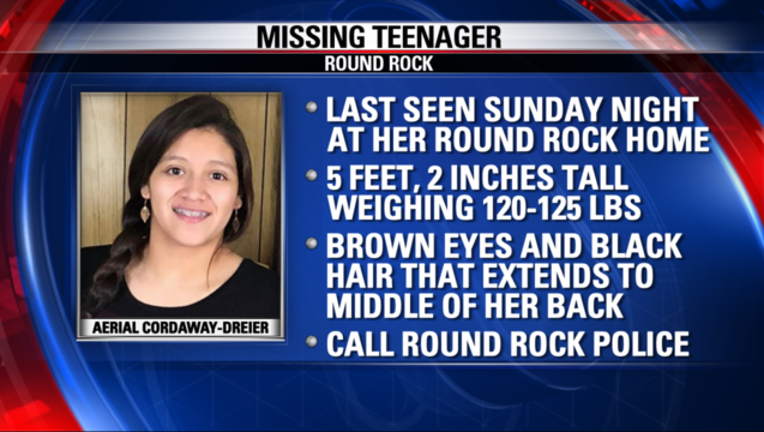 ROUND ROCK, Texas - *UPDATE 12/5 7:35 AM* Round Rock police say that Ariel has been found safe and is with her family. No further details were provided.

The Round Rock Police Department is searching for a missing teenager.

According to police, 13-year-old Ariel Cordaway-Dreier was last seen at her Round Rock home around 10 p.m. Sunday night.

Police believe she may be in danger.

Officials say she left home without her cell phone.

She has black hair, brown eyes and a birthmark on the left side of her upper lip. Police said she also wears braces.

If you have any information regarding Cordaway-Dreier's whereabouts, call the Round Rock PD tip line at (512) 755-6127.