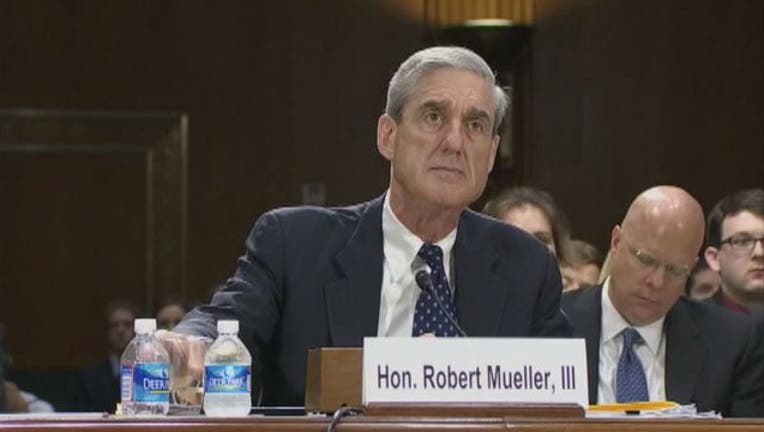 WASHINGTON (AP) - Thirteen Russians, including a businessman close to Vladimir Putin, were charged Friday in an elaborate plot to interfere in the 2016 U.S. presidential election through social media propaganda, aimed in part at helping Republican Donald Trump and harming the prospects of his Democratic opponent, Hillary Clinton.

The federal indictment, brought by the office of special counsel Robert Mueller, represents the most direct allegation to date of illegal Russian meddling during the campaign that sent Trump to the White House. It also marks the first criminal charges against Russians believed to have secretly worked to influence the outcome.

Trump claimed vindication, noting in a tweet that Russian interference efforts alleged in the indictment began in 2014 - "long before I announced that I would run for President."

"The results of the election were not impacted. The Trump campaign did nothing wrong - no collusion!" he tweeted. However, the Mueller investigation continues.

The collusion question, still unresolved, has been at the heart of the probe, which before Friday had produced charges against four Trump associates. The U.S. intelligence community has said the Russian government interfered to benefit Trump, including by orchestrating the hack of Democratic emails, and Mueller and his prosecutors have been assessing whether the campaign coordinated with Russia in any meddling.

The latest indictment does not focus on the hacking but instead centers on a social media effort that began in 2014 and continued past the election, with the goal of producing confusion and discontent in the American political process. Trump himself has been reluctant to acknowledge the interference.

Though the indictment lays out a vast and wide-ranging effort to sway political opinion during the presidential primaries and the bitterly contested general election, it does not allege that any American or Trump campaign associate knowingly participated. Trump campaign associates had only "unwitting" contact with Russians who posed as Americans during election season, it says.

It alleges that Russians working in concert with the Internet Research Agency, a St. Petersburg-based troll farm, purchased internet advertisements in the names of Americans whose identities they had stolen, staged political rallies while posing as American political activists and paid people in the U.S. to promote or disparage candidates.

The indictment says the Internet Research Agency was funded by Yevgeny Prigozhin, a St. Petersburg businessman dubbed "Putin's chef" because his restaurants and catering businesses once hosted the Kremlin leader's dinners with foreign dignitaries. The company was also funded by companies Prigozhin controlled, according to the indictment.

The intent of the meddling, the indictment says, was to "sow discord in the U.S. political system, including the 2016 presidential election."

According to the indictment, the Internet Research Agency started interfering as early as 2014 in U.S. politics, extending to the 2016 presidential election. The defendants, "posing as U.S. persons and creating false U.S. personas," operated social media groups designed to attract U.S. audiences by stealing U.S. identities and falsely claiming to be U.S. activists.

"Over time, these social media accounts became defendants' means to reach significant numbers of Americans for purposes of interfering with the U.S. political system," the indictment reads.

The defendants are charged with conspiring "to obstruct the lawful functions of the United States government through fraud and deceit," including by making expenditures in connection with the 2016 election, failing to register as foreign agents carrying out political activities and obtaining visas through false and fraudulent statements.