A police officers assigned to the department’s airport division witnessed the disturbance and immediately intervened to stop the man from bypassing the security checkpoint.

While being placed in handcuffs, the suspect suddenly began resisting the officer and tried to break free, according to authorities. 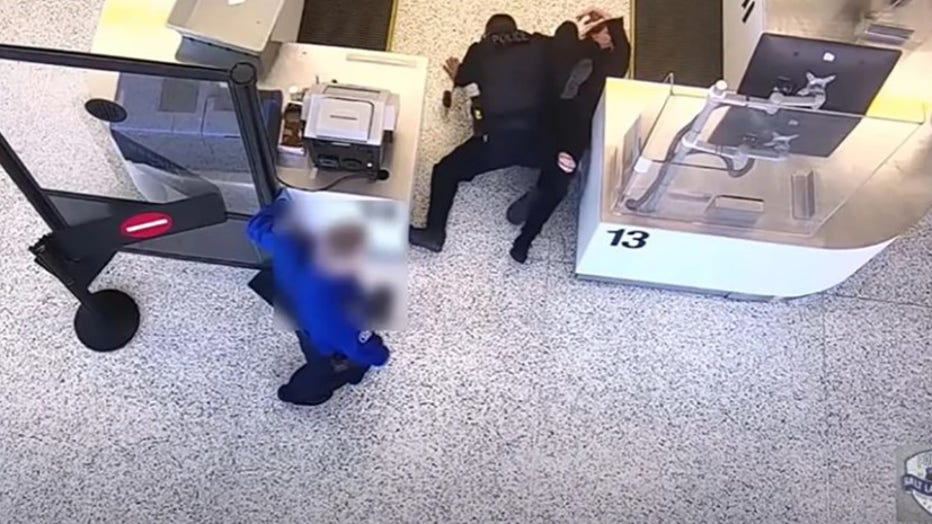 Surveillance and police bodycam footage shows the suspect repeatedly punching and kicking the officer as he was being placed in handcuffs. During the struggle, an airline passenger saw the assault and jumped in to help the officer.

The passenger, later identified as Enrique Rodriguez, a retired law enforcement member, can be seen on video taking the suspect down to the ground and holding him while the officer puts on the handcuffs.

"When something like that happens, you have to think the worst to be prepared to handle any situation that arises," Rodriguez told FOX13 Salt Lake City.

An investigation determined that the suspect, who wasn’t immediately identified, wasn’t a ticketed passenger and had no business at the airport, authorities said. 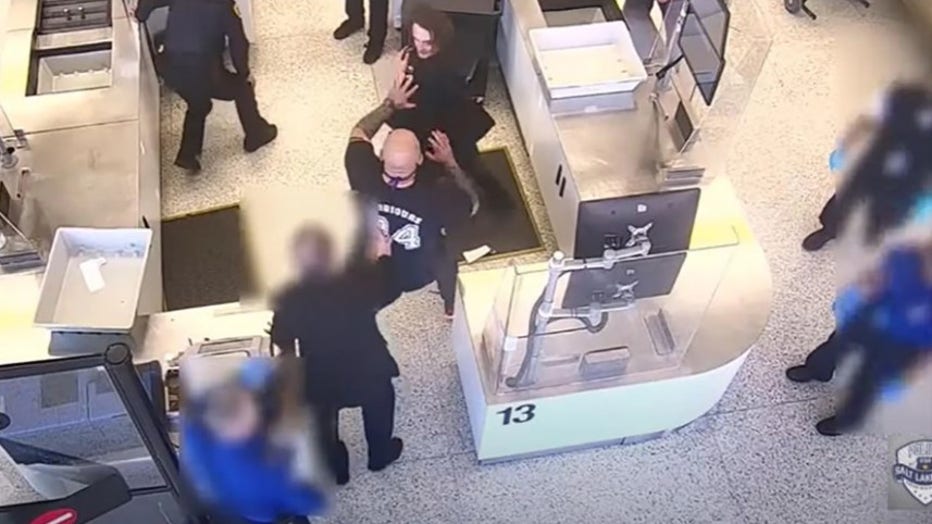 A bystander in a blue t-shirt saw the suspect trying to break free and jumped in to help the officer. (Salt Lake City Police Department)

Police referred case to the FBI and U.S. Attorney’s Office for federal prosecution.

A second assault on a police officer occurred at the airport less than a month later, police said.

A 33-year-old man walked up to two officers on patrol inside the airport and punched one officer in the head, according to authorities. The man immediately surrendered and put his hands up after striking the officer. He was arrested and booked into jail on a charge of assaulting a police officer.

"These incidents show a total disregard for basic dignity and respect. This conduct can put our officers, airline passengers and airport employees at risk, and I hope these types of assaults end now," said Police Chief Mike Brown, adding that he is thankful for the department’s partners at TSA and the airport.

Police said that incidents of resisting arrest and assaults on police officers in Salt Lake City rose 16.33% in 2021.