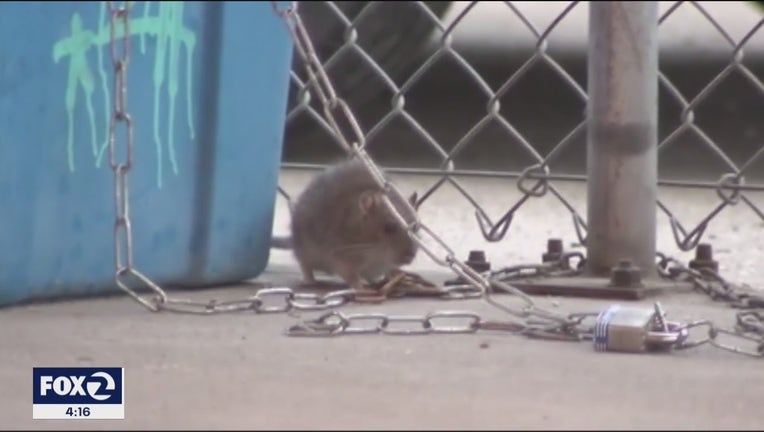 SAN FRANCISCO - San Francisco is taking a unique approach to address its ongoing rat problem. The problem has gotten worse since the pandemic started.

The city's recreation and parks department is using what many people refer to as rat birth control. The liquid contraceptive, called ContraPest, is put out in city parks. It was developed by a company in Arizona called Senestech. The company's chief strategy officer, Nicole Williams, says the contraceptive contains two active ingredients that helps disrupt the rats' ability to reproduce.

"We describe it as a bit of a milkshake for rats," says Williams. "They love the stuff. It's sweet. It's got lots of fats in it." She characterizes the mixture as "tasty" for the rats.

"Rats actually have to consume a very high percent of their body weight in liquids every day. So it also makes our bait particularly good when there's a lot of food source around for the rats, because they'll actually go to the ContraPest," Williams says.

As long as rats are sipping the mixture, they'll start seeing effects right away.

Williams tells the story of how this contraceptive approach came to be as a solution for pest control. It turns out two women scientists were trying to figure out a way to create menopause in rats in order for the rats to be sold to drug companies for lab testing on menopausal drugs.

That triggered the idea to translate the technology to population control.

ContraPest is being used in various parks around San Francisco.

Tamara Barak Aparton with San Francisco Recreation and Parks department says the contraceptive is being dispensed in large plastic bait boxes for the rodents to discover. Aparton assures the rats will eat it as long as there are no other delicious food scraps around.

It's supposed to render the rats sterile for one year. "Which is great because that's the average lifespan for rats in the wild," Aparton says.

Other more traditional methods are being used to control the rat population; vegetation-trash management, and snap traps included. Aparton says the results from the contraceptives are good, but that there's no magic bullet in this battle.

Senestech says ContraPest is not harmful to rats or to other animals higher up in the food chain that may eat rats. It's been used in San Francisco since 2019.

Editor's note: An earlier version of this story misidentified the last name of the Senestech chief strategy officer. We regret the error that has been corrected.