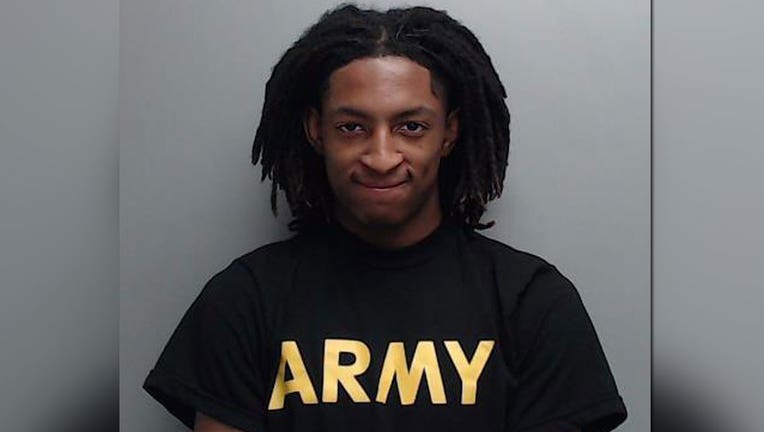 SAN MARCOS, Texas - The suspect in the fatal of a shooting of a woman in San Marcos in May has turned himself in.

On May 30, the San Marcos Police Department says officers responded to reports of a shooting at around 6:51 p.m at the Redpoint Apartments (formerly The Woods) at 650 River Road.

When officers arrived they found a woman inside the apartment who appeared to have been shot. The woman was later identified as Ballard and Ballard was pronounced dead at around 7:40 p.m.

San Marcos police began an investigation and identified Crawford as the suspect and issued an arrest warrant but did not know of Crawford's whereabouts at the time.