SAN MARCOS, Texas - The San Marcos Police Department is searching for the suspect involved in the fatal shooting of a woman early Saturday evening. Steven Deshawn Crawford, 21, is wanted for the murder of Ivoryana Chante Ballard.

According to police, officers were called to the Redpoint Apartments on River Road in San Marcos around 6:51 p.m. on Saturday, May 30 for reports of shots fired. When officers arrived at the apartment complex, they located a deceased female inside one of the apartment with apparent gunshot wounds.

The victim was identified as 21-year-old Ivoryana Chante Ballard.

A murder investigation was immediately initiated by the SMPD Criminal Investigations Division. Detectives with the division have identified Steven Deshawn Crawford as the suspect and have issued an active arrest warrant. 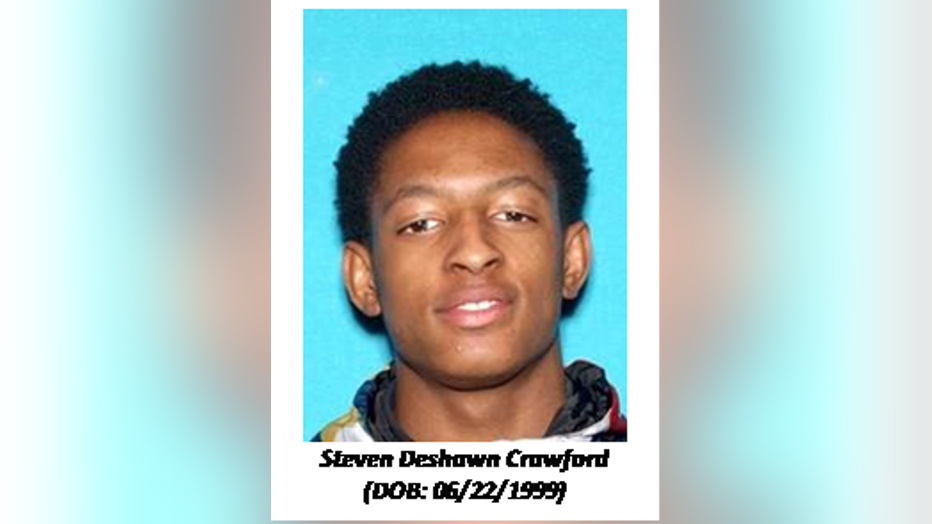 Anyone with information relating to the current whereabouts of Crawford, or any information pertinent to this investigation is asked to contact Detective Dave Campbell at 512-753-2312 or dcampbell@sanmarcostx.gov.

This incident is believed to be isolated, with no active threat to the general public, according to the San Marcos Police Department. This is the second homicide for 2020 in San Marcos.