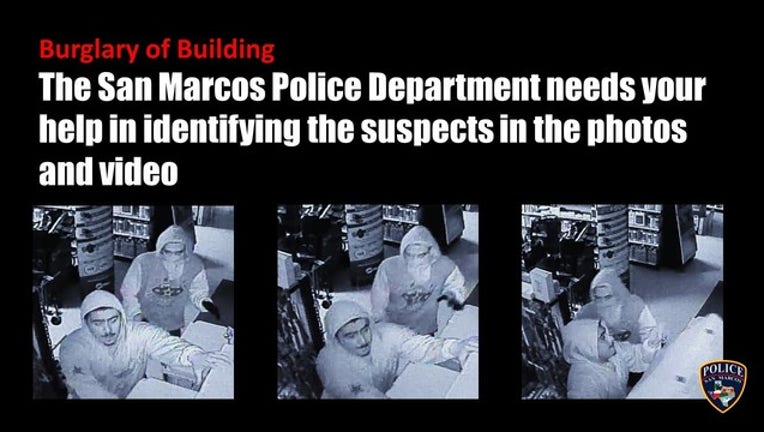 The San Marcos Police Department is asking for the public's assistance in identifying a team of burglars.

According to SMPD, two burglaries involving four crooks too place in the span of twelve minutes.

The first incident happened at 11:14 pm on Thursday, May 25 at Power Haus Equipment on Martin Luther King Drive. According to police, the suspects broke into the business by prying the front door open.

A welder, Yeti coolers, and Yeti cups were taken by the suspects.

According to police, the suspects used two different vehicles during the burglaries.

Police described one of the vehicles as a dark colored, four door Ford Fusion with black rims. The other was a newer model, four door Nissan, possibly an Altima or Maxima. The Nissan had paper tags.

Three of the suspects are described as white or Hispanic men. One of them appears to have bleach blonde hair. There is no description available for the fourth suspect since he never exited the vehicle.