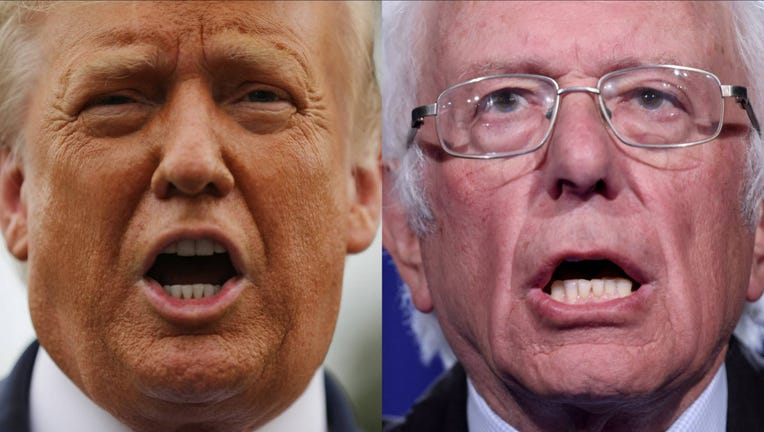 Bernie Sanders, I-Vt., couldn't nail down a plan for what lawmakers should do if President Trump refuses to concede the White House if he loses in November, but said there will be a "number of plans" if that scenario were to take place.

During an interview on HBO's "Real Time with Bill Maher" that aired Friday, Maher pressed Sanders on the specific plan that lawmakers have in place in the event Trump refuses to concede, telling the senator, “I still don’t know what the plan is.”

"There are things that we have to do now to make sure that Biden wins," Sanders said. "If Trump attempts to stay in office after losing, there will be a number of plans out there to make sure he is evicted from office."

The controversy stems from Trump being asked repeatedly by members of the media in the last week if he would hand over the White House to Democratic opponent Joe Biden if the former vice president wins the November election, to which Trump has offered vague, noncommittal responses.

Although the administration has tried to tamp down fears that there would not be a peaceful transition of power, Trump has continued to stoke concerns, suggesting mail-in ballots could delegitimize the election results.

"We're not gonna lose this, except if they cheat ... that's the only way we're gonna lose, if there's mischief," Trump said Friday night during a campaign rally in Virginia.

Sanders, during the interview, said: "In other words, [Trump says] 'if we win, that's great, and if we lose, we really didn't lose, because it's rigged. We all know mail-in ballots are very dangerous, they're a hoax, they're a scam. So we cannot lose this election and obviously, we're not leaving office.'"

Trump and GOP lawmakers both in Congress and in states across the country have filed numerous lawsuits challenging everything from the due date of absentee ballots to efforts by election activists to simplify the process for voters by eliminating confusing stipulations such as a witness signature that they say disenfranchises people from voting.

Democrats are expected to utilize absentee ballots in record numbers, and in many states at rates surpassing their Republican counterparts, in the upcoming elections due to the coronavirus pandemic.

"Never in a million years did I think I'd have to give a speech about what do we do if a president refuses to leave office," Sanders told Maher.

"Listen to what Trump is saying," Sanders said. "Don't brush it off."

Maher has been hammering the media and politicians to bring the gavel down on Trump's refusal to commit to leaving the White House if he loses the election.

During the same episode of his show, Maher blasted the New York Times and CNN for not taking Trump's words seriously.