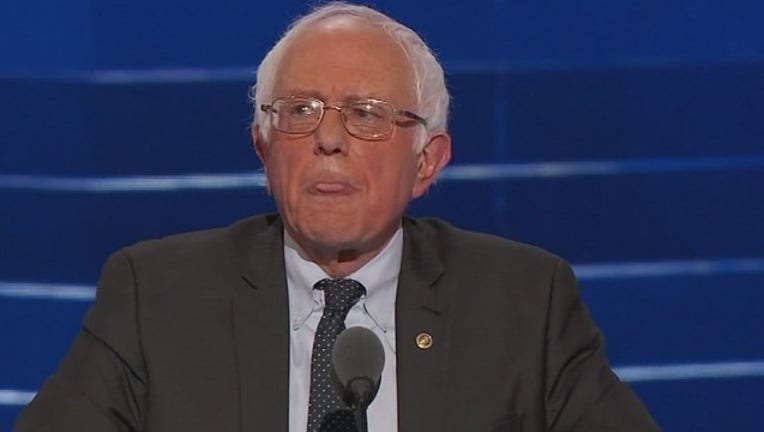 Speaking to supporters in Morgantown, West Virginia, Sanders said Senate GOP leaders are desperate to swing deals to win enough support for their plan to replace much of Democrat Barack Obama's health care law. He urged Sen. Shelley Moore Capito to dig in against those efforts.

"I say to Senator Capito: Please do not fall for that old trick," Sanders said. "This legislation is fatally flawed and no small tweak here or there will undo the massive damage that this legislation will do to our country."

Sanders portrayed the GOP health care bill as particularly harmful to West Virginia, and said Capito's opposition to the measure would "make all of the difference" in helping ensure its defeat.

Capito's office later responded that her position on the health care debate won't be swayed by the Vermont senator.

"Sen. Capito will do what is best for West Virginians," her office said in a statement. "In fact, Sen. Sanders didn't need to travel to West Virginia to try and influence her position. He could meet with her during the several weeks when the Senate is in session to discuss the issue, but has never reached out."

Sanders, an independent and former presidential candidate who caucuses with Democrats, ventured into a stronghold for President Donald Trump in making his case against the GOP health care bill. His appearance came as Congress prepares to reconvene after its July 4 recess.

Sanders acknowledged that Obama's signature health care law "is far from perfect," but said Congress should focus on improving it, not destroying it.

Trump, who carried West Virginia by 42 points in last November's election, has been outspoken in wanting to repeal and replace Obama's health care law. But West Virginia is also one of the poorest and sickest states in the country, relying heavily on Obama's 2010 health overhaul.

Capito played a role in halting the GOP health care plan before the holiday recess. She was among at least a dozen Republican senators who publicly opposed or expressed qualms about it, forcing Senate Majority Leader Mitch McConnell, R-Ky., to abruptly postpone a vote.

The bill would fail if just three of 52 Republicans vote no, since all Democrats oppose it.

Sanders condemned the "secretive, backroom process" used by Republican leaders to craft their health care bill, and said it would throw millions of people off their health coverage for the sake of massive tax breaks for the wealthy.

He invoked Capito's name again when condemning the bill as "deeply immoral."

"Sen. Capito, in America we are not supposed to be taking from the most vulnerable people in our country - from the children, from the elderly, from the disabled, from the sick and the poor - in order to give massive tax breaks to billionaires," he said.