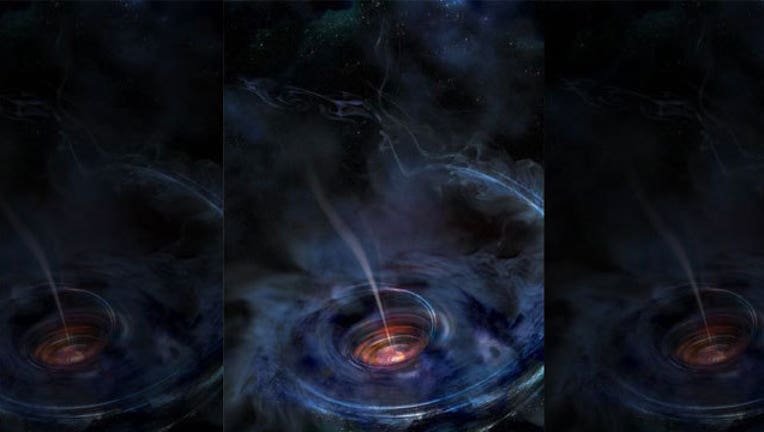 They’re known as tidal disruption events: when a black hole consumes a nearby star.

And now, scientists have observed a dramatic tidal disruption event in a galaxy nearly 4 billion light years away, involving a black hole that’s approximately a million times as massive as our sun. The matter that this supermassive black hole swallowed created what’s called an accretion disk around the black hole.

The supermassive black hole, called Swift J1644+57, was dormant— as 90 percent of black holes are— until it sucked in the star, shredding it. That event allowed scientists to observe the black hole.

What’s more, that accretion disk amplified x-ray flares— and the location of where those x-rays are coming was surprising.