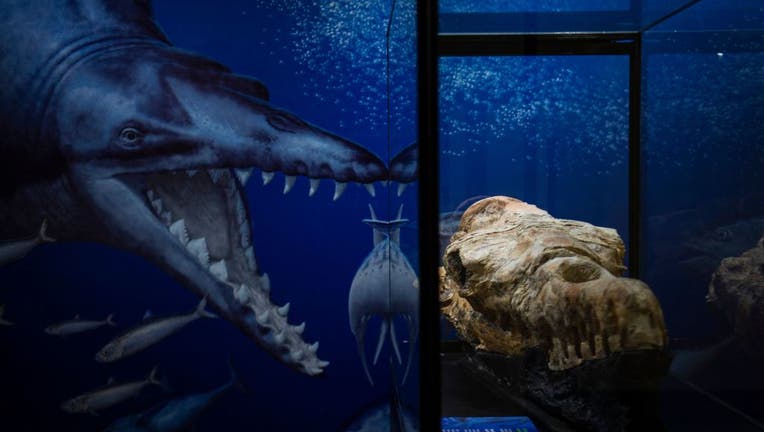 The fossil remains of a Basilosaurus' skull found in Ocucaje, Peru, are displayed by paleontologists at a museum in Lima, on March 17, 2022.

Paleontologists recently discovered the origins of fossils from a fearsome aquatic predator that would make the terrifying shark from "Jaws" look adorable.

The skull was dug up last year but scientists announced on Thursday the 36-million-year-old creature once lived in a prehistoric ocean that once covered what is now Peru, Reuters reported.

The recovered skull may look like it came from a fire-breathing dragon, but scientists believe the mammal to be a basilosaurus, part of the aquatic cetacean family. Modern descendants of this animal include whales and dolphins.

Scientists confirmed the ancient whale measured in at roughly 39 feet offering relief to readers of the creature’s extinction.

"It was a marine monster," said Rodolfo Salas, chief of paleontology at Peru's National University of San Marcos, told reporters at a news conference. "When it was searching for its food, it surely did a lot of damage."

Despite the fossil being several million years old, Salas says he believes the recovered skull sank to the bottom of the ocean when the animal died, preserving the fossil after it was buried.

"Back during this age, the conditions for fossilization were very good in Ocucaje," he said, referencing the location it was found.

South America has been a prime area for finding incredible fossils that help scientist better understand a bygone age. 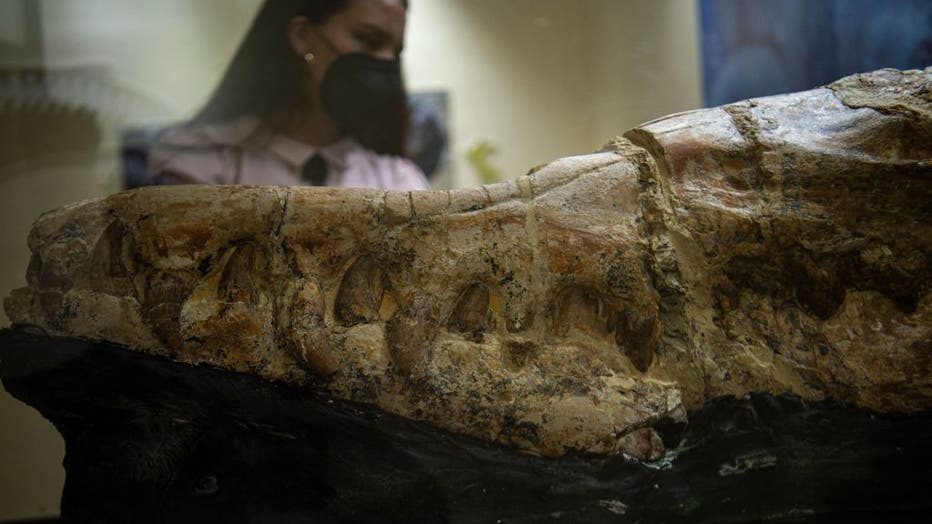 In December, scientists found fossils from a strange-looking dog-sized dinosaur species that had a unique slashing tail weapon.

Some dinosaurs had spiked tails they could use as stabbing weapons and others had tails with clubs. The new species, described in a study in the journal Nature, has something never seen before on any animal: seven pairs of "blades" laid out sideways like a slicing weapon used by ancient Aztec warriors, said lead author Alex Vargas.

"It’s a really unusual weapon," said Vargas, a University of Chile paleontologist. "Books on prehistoric animals for kids need to update and put this weird tail in there. ... It just looks crazy."

The plant-eating critter had a combination of traits from different species that initially sent paleontologists down the wrong path. The back end, including its tail weapon, seemed similar to a stegosaurus, so the researchers named it stegouros elengassen.

The fossil is from about 72 million to 75 million years ago and appears to be an adult based on the way bones are fused, Vargas said. It was found with its front end flat on its belly and the back end angled down to a lower level, almost as if caught in quicksand, Vargas said.