MARTINDALE, Texas - The Caldwell County Sheriff's Office says an armed and dangerous man last seen in the area of Martindale has been located and taken into custody.

The Arkansas State Police took Edward James Guidry into custody after making contact with him on I-40 in Crawford County, Arkansas. No further details were released.

Authorities were looking for Guidry because of an incident on June 16. On that day at 11:53 a.m., a deputy constable stopped a vehicle on Farm to Market 110 in Hays County that ran a red light on Highway 80 north of Martindale, Texas. The vehicle was reported stolen out of Oklahoma. 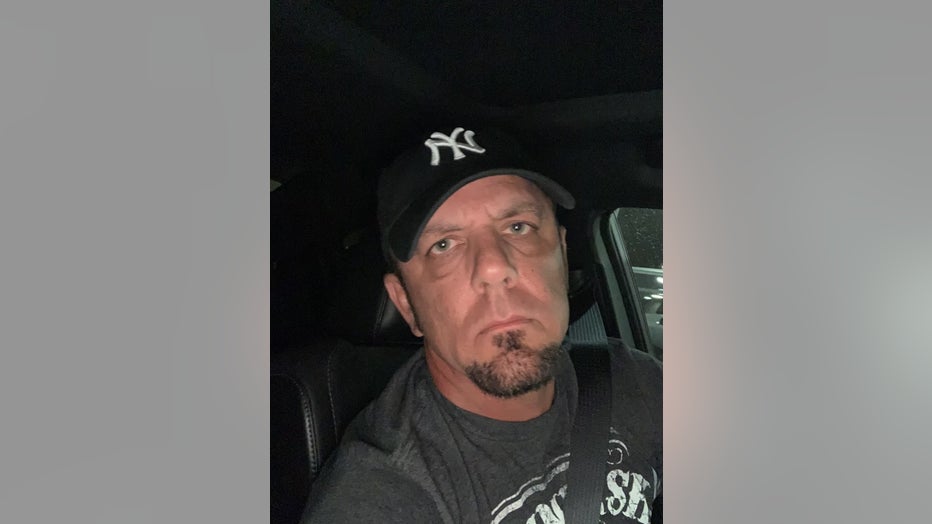 The driver was identified as 51-year-old Guidry who fled on foot from the vehicle during the traffic stop and traveled south through a wooded area back toward the Martindale area.

Caldwell County Sheriff's Office received information that Guidry was wanted out of Oklahoma and was considered armed and dangerous.

CCSO says Guidry is known to have mental issues and has pointed a firearm at law enforcement in the past. Guidry has former family connections in Martindale and has a lifetime protective order issued for that family.