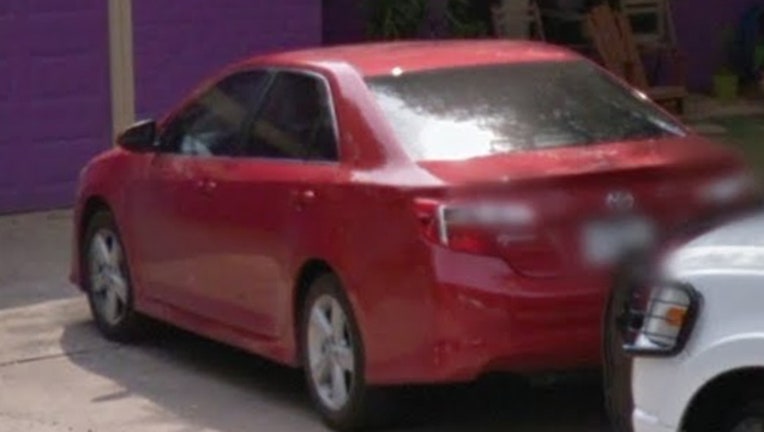 AUSTIN, Texas (FOX 7 Austin) - The Austin Police Department is searching for a suspect who allegedly murdered his girlfriend before running away in her car. An arrest warrant has been issued for 33-year-old Sergio Jose Gomez Herrada for the murder of 41-year-old Francy Vanessa Martinez, according to police.

Austin police asked for the public's assistance in locating a red, 4-door Toyota Camry with the Texas license plate FLH-0260 following the homicide in South Austin this past weekend.

After speaking to relatives of Francy and reviewing security footage from a nearby residence, police officers determined that there was sufficient probable cause to charge Sergio Jose Gomez Herrada, her boyfriend, with her murder.

Herrada’s last known location was in western Bastrop County in the area between Hwy 71 and FM 969. He is believed to be using friends and relatives to get around.

Herrada is in possession of a handgun and is considered extremely dangerous. He has stated that he will not be taken by police. If you see him, call 911. Do not attempt to approach him.

Anyone with information about this incident is asked to call Crime Stoppers at 512-472-TIPS or text "Tip 103" + your message to CRIMES or use the new Crime Stoppers App or email APD Homicide at homicide.apd@austintexas.gov. You may remain anonymous. You can also submit tips by downloading APD's mobile app, Austin PD, free on iPhone and Android.