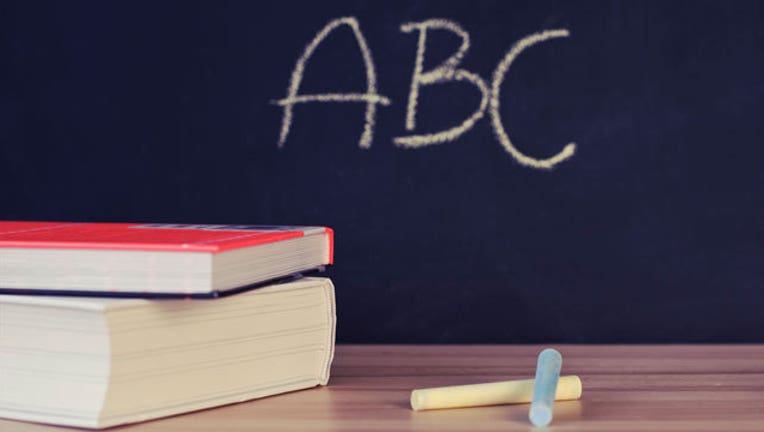 SEATTLE (AP) — Seattle teachers striking over wages put down their picket signs Friday and worked on community service projects like food drives in commemoration of the 9/11 terror attacks, while the school district said the strike is costing $100,000 per day with no end in sight.

"No new negotiations are scheduled, but that could change, or not, at any time," Rich Wood, spokesman for the Seattle Education Association, said Friday. "There have been no new proposals since Tuesday, the day before the strike."

The failure to reach an agreement has delayed the start of school for some 53,000 students.

Seattle Public Schools spokesman Stacy Howard said Friday that the district has met with mediators, but negotiations have not resumed.

"We'll let families know as soon as possible whether there will be school next week," she said, adding that the strike is costing the district $100,000 a day in operational costs.

"We are trying our best to decrease those costs," she said.

Teachers from the district's 97 schools did things like park cleanups or food drives Friday, the anniversary of the Sept. 11, 2001, attacks.

"We will not be picketing in front of the schools," said teacher union spokesman Jonathan Knapp.

Seattle Mayor Ed Murray said Friday that if the strike continues into next week, the city's Parks and Recreation department will offer drop-in activities for up to 3,000 children at its community centers.

"This week, we have reached capacity at several centers and recognize the demand is likely to grow should the strike continue," Murray said in a statement. "Thousands of families are seeking options for their school-age kids. We've brought on additional staff and AmeriCorps volunteers to ease the burden for parents who need to go back to work."

Washington state's largest school district and the teachers union remain at an impasse over pay raises, teacher evaluations and other issues.

The educators, who have not received a cost-of-living pay raise in six years, have joined other workers pushing for higher wages that compete with the city's growing, highly paid tech workers.

Olga Addae, a science teacher at Franklin High School, walked the picket line Thursday with other union members who said they will stay out of the classroom until the district offers a fair compensation package and agrees to stop cutting student services.

"We're doing this for the students and for a better school system," said Addae, a teacher of 21 years.

Teachers want to live close to their schools and be a part of those communities, but rents continue to rise while educators' salaries have stagnated, Addae said.

Teacher salaries range from about $44,000 to more than $86,000 for more experienced educators with advanced degrees, according to the district. In comparison, tech workers can easily draw six figures.

Rents have ballooned by more than 37 percent since mid-2010, according to Apartment Insights Washington. The median rental price for homes in Seattle in July was $2,354 a month, Zillow reports, compared with a national average of $1,376.

The city is having a housing crisis because more than 40 percent of the new jobs in the region are with Amazon.com Inc. or Boeing Co., and their starting salaries are twice as much as an experienced teacher, Seattle City Councilmember Nick Licata said.

"That means the people who are educating our children are finding it difficult to live in the city where the children they teach live," he said.