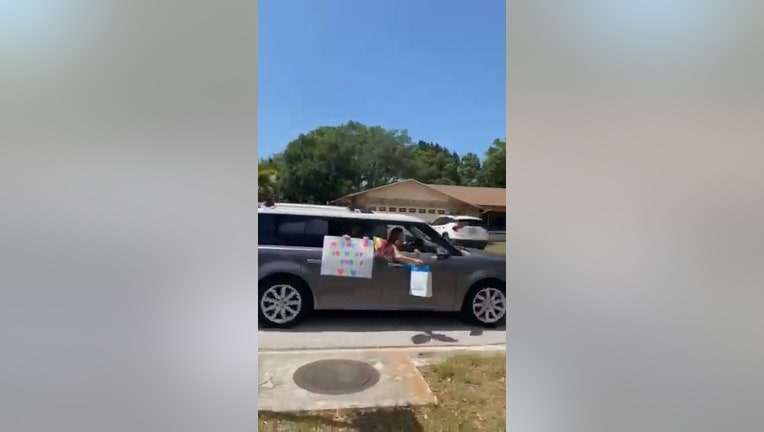 SEMINOLE, Fla. - Members of a Pinellas County community were not going to let their neighbor go without a birthday celebration, despite social distancing measures due to COVID-19.

Abbey was diagnosed with cancer around Thanksgiving 2019 and has been battling ever since. Last week, she finished chemotherapy. Tuesday, she turned 10 years old.

Abbey's mom, Cynthia Thompson said they had a big birthday bash planned, but her daughter's immune system is still weak, making the risk of COVID-19 too great.

Abbey's mother says she turned 10 and finished chemotherapy just as COVID-19 started, so the neighborhood threw her a birthday parade instead of a party.

When their neighbors found out about Abbey's story, they got to work planning a birthday parade in front of Abbey's house. They put the word out on Facebook, and even more people joined in.

"She was overwhelmed and a bit embarrassed by the outpouring of love," Thompson said. "She’s back to her joyful self. They really saved her birthday."

Thompson added, through it all, she's tried not to cry in front of Abbey.

I’ve tried to be an example of strength. It was hard to hold back tears of joy," she said. 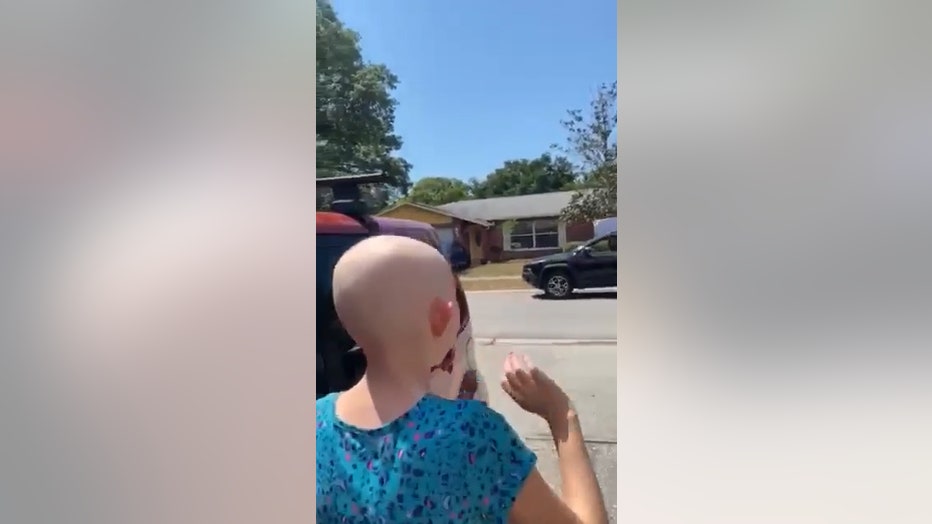