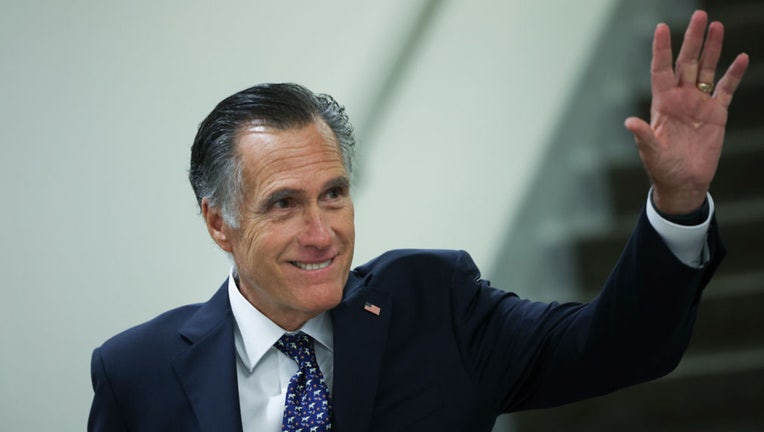 WASHINGTON - "Are we in a parallel universe?" is probably what Sen. Mitt Romney thought when he met Utah-based artist Jack Rutter who goes by the stage name Ritt Momney.

Romney, R-Utah, had the pleasure of meeting with Momney on Wednesday and now you will be forever tongue-tied when saying either name.

"It’s said that imitation is the most sincere form of flattery. Enjoyed meeting @RittMomney and his band today. I wish them all the best!" Romney wrote on his Twitter account.

Momney explained to the Deseret News the reason behind his stage name was nothing more than a decision he made in high school and decided to stick with it.

"We were high school kids. It was sort of a subversion — a ‘stick-it-to-the-man’ sort of thing," Rutter told the Deseret News. "At this point, it’s whatever."

The young artist’s music career started to gain traction in 2020 after his remix of Corinne Bailey Rae’s 2006 pop hit "Put Your Records On" went viral on the wildly popular app, TikTok, according to Billboard.

Since then, Momney has signed on with Columbia Records and is touring the country.

Romney, meanwhile, is keeping himself busy in Washington as he works on a counteroffer for Democrats on COVID-19 funding and continues to the confirmation hearing of President Joe Biden’s U.S. Supreme Court nominee, federal judge Ketanji Brown Jackson.