Families want to know: Who financed these hijackers?

TAMPA, Fla. - September 11th family members are suing the Saudi government on claims it bankrolled and helped coordinate the terror attacks, and they may soon have more evidence in their case. President Biden ordered a declassification review that could bring thousands of additional documents implicating the Saudi throne to light.

Brett Eagleson is one of the family members leading the campaign for full disclosure. Eagleson was 15 years old when his father Bruce died in the World Trade Center.

Bruce Eagleson had initially escaped, but called his family to tell them he had joined first responders to assist with the evacuation efforts.

"And that was his last known whereabouts, that he was entering the stairwell to go back up," said Brett Eagleson. "That's when the building fell and we were never able to recover him."

The U.S. eventually found and killed September 11th mastermind Osama Bin Laden, and launched a war on terror to bring others to justice. However, evidence suggests there were yet others who funded and helped coordinate the attacks, and our government is keeping the records that may reveal who they are classified. 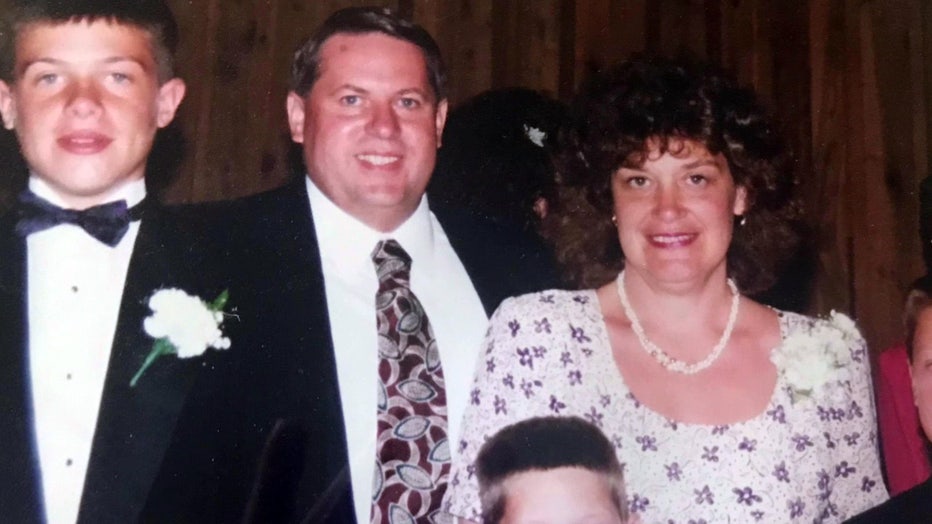 Brett Eagleson was 15 years old when his father Bruce died in the World Trade Center.

Former Senator Bob Graham co-chaired the September 11th investigation in the U.S. Congress. He said more than 25,000 pages of findings are classified because they reveal the government of Saudi Arabia supported and funded the attacks.

"And he said in a sworn affidavit, were it not for the Saudi support network that was in place prior to the arrival of the hijackers, 9/11 would have had a zero percent chance of success," Eagleson noted. 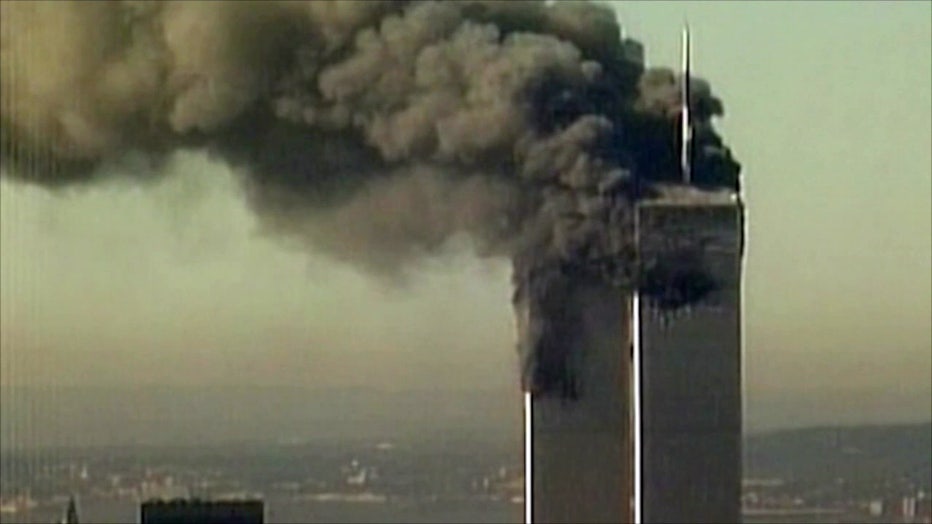 "I want to know who killed my dad…I think Americans also deserve to know the truth."

RELATED: Most Americans over 30 remember where they were on 9/11, survey says

In 2016, the Obama administration released a sliver of records – 28 pages with much of the content blacked out. The lines that weren’t redacted drew connections between Saudi agents and the terrorists after they flew to America and trained for the attacks.

For example, they reveal a suspected Saudi intelligence officer signed an apartment lease for two of the terrorists in California a year before the attack. That suspected agent then got a substantial boost in pay – until a month before the attacks, at which point he left the United States.

The 28 pages also reveal the FBI believes terrorists met with a Saudi military official in his apartment, and a Saudi official aligned his travel and stayed at the same hotel as one of the terrorists days before the attack.

"The 28 pages is the tip of the iceberg. There was a secret FBI investigation called Operation Encore that followed up on all the leads that the 9/11 Commission failed to do," said Eagleson. "And they've gone to such lengths as invoking what's known as the state secrets principle to say, ‘Yes we have all the investigative files on Saudi Arabia that would bring you closure.’ And even their justification for not giving it to us has been classified." 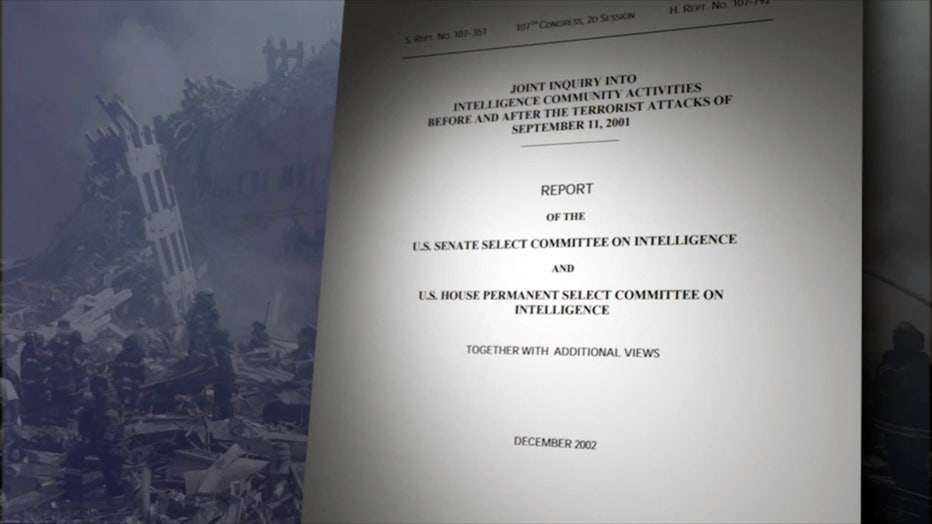 Presidents Bush, Obama and Trump kept most of the evidence and findings classified. Former Senator Bob Graham said they don’t want us to know the Saudi government is responsible for September 11th.

"We provide them with security and they supply us with a guaranteed source of petroleum," said Graham.

Graham said the Saudi royals wanted to appease Bin Laden to keep his Al Qaeda from overthrowing them. Graham also said the Saudis therefore supported terrorists’ efforts abroad to protect the throne from threats from within. He said U.S. administrations have kept it secret because they do not want to disrupt oil flow, and key military positions we have in the kingdom we use to fight terrorists.

Releasing irrefutable evidence the Saudis sponsored the September 11th attacks could also break our alliance. That could destabilize the Saudi government, and allow a group like Al Qaeda, ISIS, or the Taliban to take over – as we saw last month in Afghanistan. 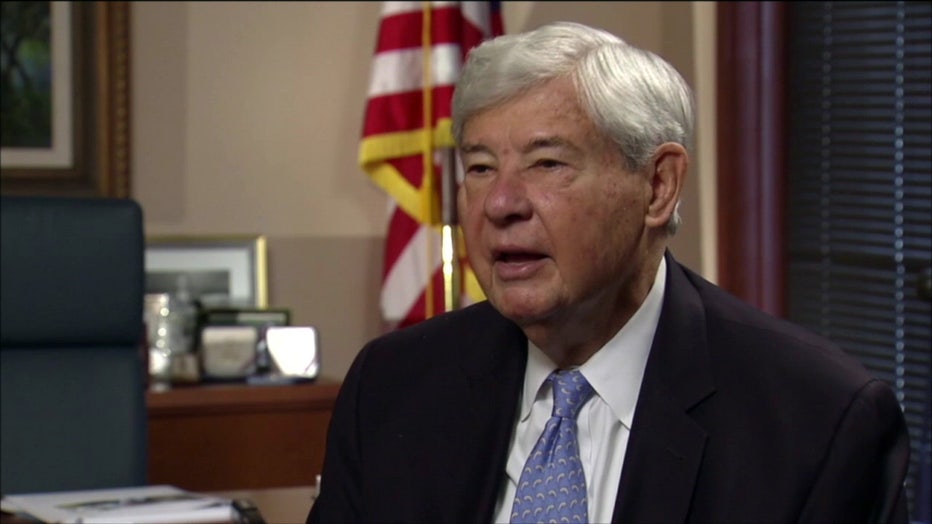 Last year as a candidate, President Biden sent Brett Eagleson and other September 11th family members a letter stating he would pursue transparency and disclosure.  Last week, Biden followed up by ordering a declassification review to determine which records might be released. This review could take months and provides no guarantees of how many which records will be declassified.

The September 11th families are encouraged and hope the administration will follow through with a release of all records.

"We commend President Biden for signing this executive order — a critical first step forward for the 9/11 community and the American people to receive a full accounting about 9/11," said Eagleson. "President Biden has created a bond of trust with the 9/11 community, and we certainly hope this is a genuine step forward. We will closely watch this process to ensure the Justice Department and FBI follow through, act in good faith, and help our families uncover the truth in our pursuit of justice against the Saudi government. The first test will be on 9/11, and the world will be watching. We look forward to thanking President Biden in person next week as he joins us at Ground Zero to honor those who died or were injured 20 years ago."

The Saudi government continues to deny any involvement in, or responsibility for the September 11th attacks.