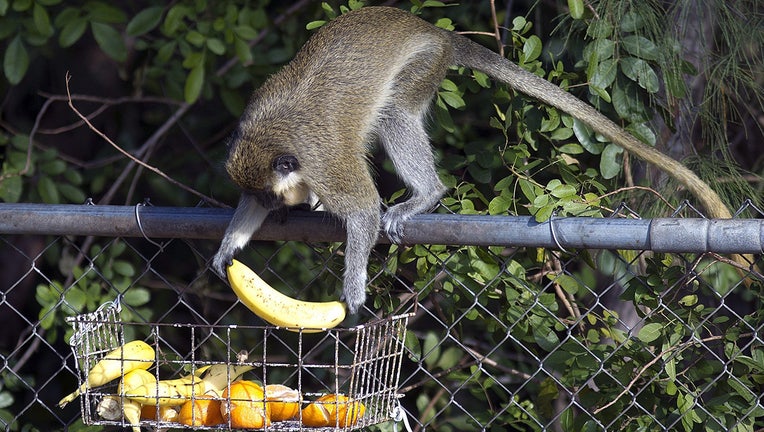 A vervet monkey grabs fruit hung on a fence behind a motel in Dania Beach, Florida in 2010. (Joe Rimkus Jr./Miami Herald/Tribune News Service via Getty Images)

DANIA BEACH, Fla. - A colony of monkeys has lived for about 70 years in urban South Florida, near jets taking off from a nearby airport and fuel storage tanks.

No one was quite sure where they came from. Until now.

Researchers at Florida Atlantic University say they have traced the colony’s origins to the Dania Chimpanzee Farm. The South Florida SunSentinel reported Wednesday there was a monkey escape from the farm in 1948, with most of the monkeys recaptured. But not all of them.

The rest disappeared into a mangrove swamp, where their descendants live today. The FAU team said the colony currently numbers about 41. 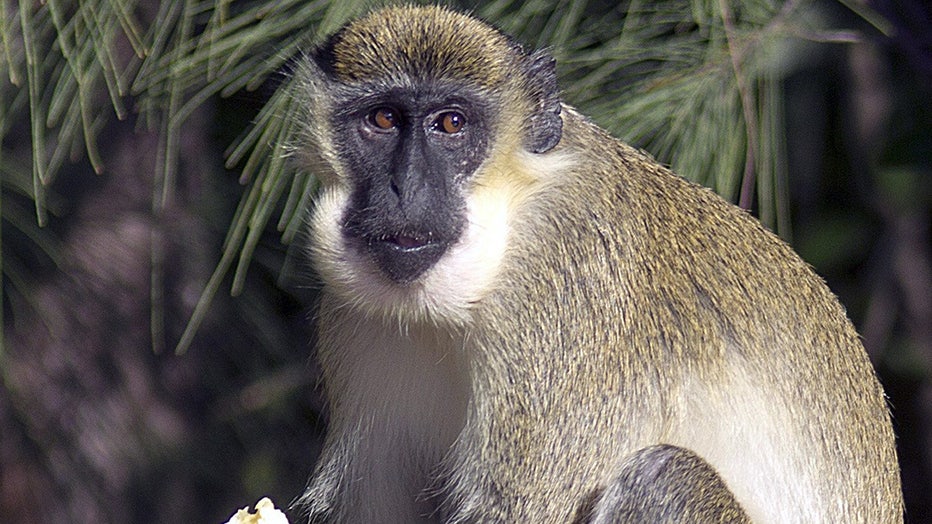 The FAU researchers traced the monkeys’ genetics and concluded they were brought to Florida from Africa. The monkeys were sold mainly for medical and military research.

One thing is certain: Residents of the Dania Beach area where the monkeys live are extremely protective of them.

"The community still loves them," said Deborah "Missy" Williams, lead author of the study, who is in the FAU Biological Sciences Department. "They care for them. They want them protected."

Williams has founded the Dania Beach Vervet Project to protect them and is trying to raise money to buy land to serve as a sanctuary.