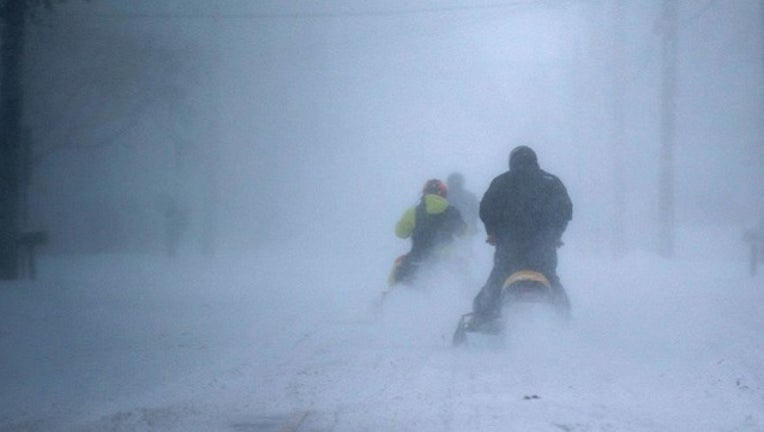 LUCK, Wis. (FOX 9) - Three boys - ages 12, 13, and 16 - were taken into custody after riding snowmobiles to a convenience store in Luck, Wisconsin and allegedly attempting to rob the clerk at knifepoint over the weekend.

According to the Polk County Sheriff, the boys entered the Minit Mart at 106 N. State Highway 35 at 4:36 p.m. Sunday, March 3 and attempted to rob the store. A citizen intervened and disrupted the robbery attempt.

The three boys were apprehended and taken into custody. The 16-year-old was taken to Eau Claire Secure Detention and the younger boys were released to their guardians.

The Polk County Sheriff’s Office and the Luck Police Department are conducting the investigation.