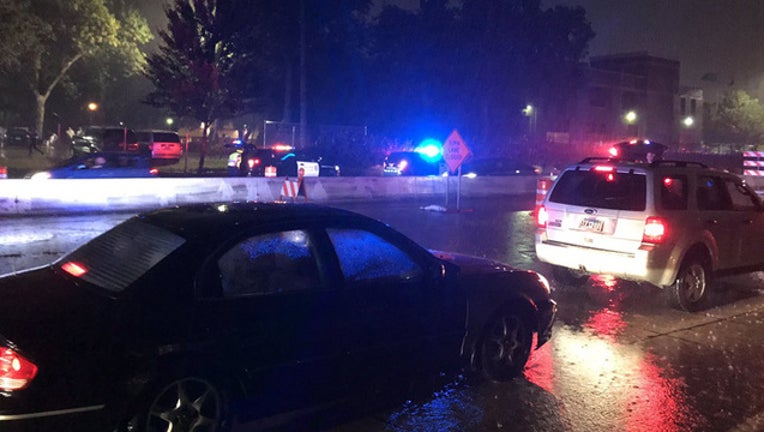 (FOX 9) - Police are investigating after three people were shot outside the Minnesota State Fairgrounds Monday night.

According to St. Paul police spokesperson Steve Linders, shortly after 10 p.m., police received reports that a pedestrian was struck by a car on Snelling Avenue and Fair Place West near the fairgrounds. Officials arrived to a chaotic scene and found a 19-year-old woman lying on the ground, gravely injured. She is now in critical condition at the hospital.

Officials learned a fight broke out shortly before the woman was hit by a car. The driver of the vehicle initially stopped, but left the scene after bystanders began kicking and hitting his car. He drove a short distance away and called 911. The driver did not show any signs of impairment.

Shortly thereafter, several shots rang out as officers were redirecting traffic off of Snelling Avenue at the intersection of Midway Parkway. Officers ran toward the area where shots were fired, and they found a 20-year-old man suffering from a gunshot wound to the stomach/pelvic region.

All three victims were treated for their injuries and are expected to survive.

No arrests have been made. Officials are asking for the public's help in locating suspects involved in this case.

Police say it is not confirmed if the pedestrian crash and shootings are related, but they say it is a possibility.

"Everybody was put at risk," Linders said. "This was incredibly concerning...shockingly brazen...audacious isn't even a strong enough word. We're lucky that more people weren't injured or killed."