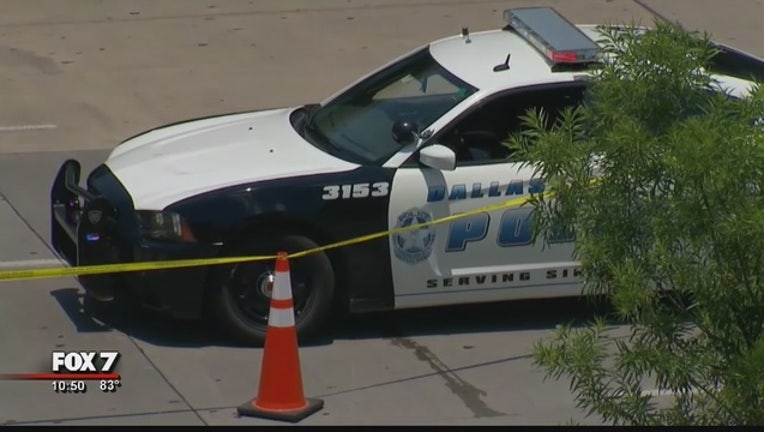 DALLAS (AP) — It doesn't take much to disrupt a major airport these days, with travel increasing and federal security screeners straining to keep up.

On Friday, a domestic disturbance at Dallas Love Field spun wildly out of control and ended with a police officer firing several shots at a man outside the terminal.

It was over in minutes, but the repercussions lasted hours.

When the shots rang out, some frightened travelers at the nearby security checkpoint rushed past screeners and toward the safety of the terminal. The Transportation Security Administration then ordered the terminal evacuated. Hundreds of passengers needed to be screened again, along with people showing up for afternoon flights, creating a massive line at the checkpoint.

Departing flights were stopped for a time. At least eight inbound flights operated by Southwest Airlines and one by Virgin America were diverted to other airports from El Paso to St. Louis, according to the tracking service flightaware.com.

Richard Bloom, an aviation-security expert at Embry-Riddle Aeronautical University, said the terrorism threat makes law enforcement officers at airports more security-conscious, but they are trained to handle many other situations.

That training varies widely, he said — some departments give lectures, but the better approach is to practice in role-playing simulations. Whether in an airport or anywhere else, domestic disturbances are among the most dangerous situations for police because they may be dealing with enraged and irrational people.

Dallas police Sgt. Mike Beattie, who is stationed at Love Field, said airport police receive special training every two years in spotting suspicious-looking travelers and working in crowds. He did not detail the training.

Mike Boyd, a Colorado-based consultant who advises airports, was sympathetic to Friday's officer.

"At an airport if you see something crazy going on in this day and age, maybe it's better to overreact than underreact," he said.

Love Field has one major checkpoint used by all passengers at 20 gates for flights on Southwest, Virgin and Delta Air Lines. Nearby Dallas-Fort Worth International Airport has several checkpoints spread across five terminals.

"Any kind of a disturbance like that is going to affect the airport, especially at an older airport like Love Field," Boyd said. "That's just one of the vulnerabilities we're going to have to live with."

By late Friday afternoon, nearly 100 flights at Love Field had been delayed, representing a higher percentage of delays than at busier airports including DFW, Los Angeles International and Boston.

Even under the best circumstances, some of the nation's busiest airports have seen lines longer than two hours at security checkpoints this year. Airlines, lawmakers and passengers have pressured TSA to speed people through the checkpoints more quickly.

The TSA has moved screeners around and reduced lines in the past two weeks, but July and early August will be a better test of the agency's ability to handle crowds.

And crowds are expected to be bigger this year because of the modestly growing economy and slightly lower fares. An airline industry trade group, Airlines for America, predicts that 230 million passengers will fly in the U.S. during June, July and August, a 4 percent increase over last summer.