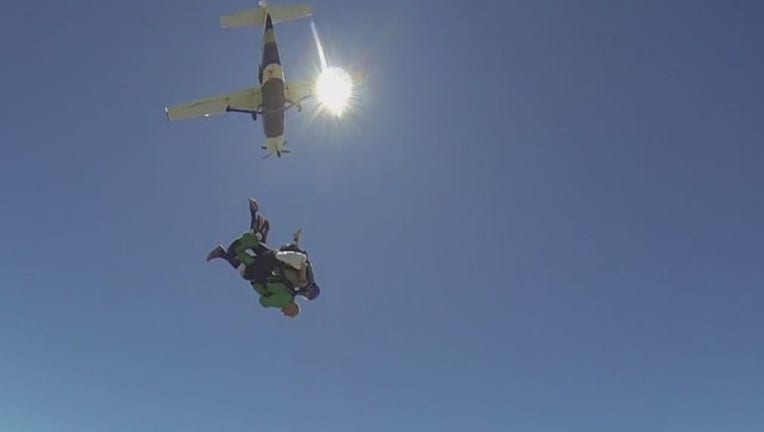 A skydiver in Florida sent his wife a video on Tuesday saying he was "not going to pull the cord" moments before jumping to his death, police said.

Capotorto Vitantonio, 27, was at Skydive DeLand, 22 miles southwest of Daytona Beach, about 10 a.m. when he jumped from a plane and didn't pull the cord to open his parachute, the Orlando Sentinel reported.

DeLand Police released a revised report Friday saying Vitantonio's wife, Costansa Litellini, 25, received a video from her husband saying he was "not going to pull the cord and that he was going somewhere wonderful." She ran into the skydiving center begging the employees to radio the plane to stop her husband.

The plane, however, had already departed and her husband had left the aircraft. The general manager of the center told Daytona Beach News-Journal Litellini arrived "moments too late."