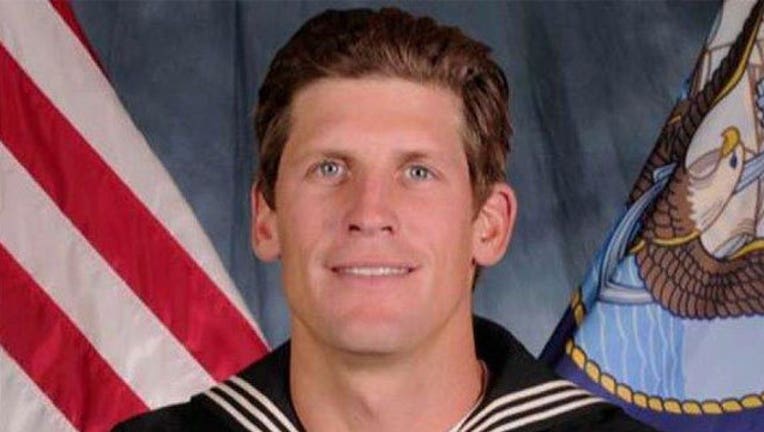 PHOENIX (AP) — Charlie Keating IV, who died in a gunfight with militants in Iraq, was known in Phoenix for his family name but forged his own path as a high school and college track star and then as a Navy SEAL.

He was shot and killed Tuesday during a gunbattle that involved more than 100 Islamic State fighters, Army Col. Steve Warren said. The Navy Petty Officer 1st Class was part of a quick reaction force that moved in to help American military advisers who came under attack.

"He was our golden boy and he had a million-dollar smile. And he had the best luck in the world, and he always made it through, so that's why this is so shocking," his mother, Krista Joseph, said during a telephone interview Wednesday.

Keating, a grandson of an Arizona financier involved in the 1980s savings and loan scandal, was the third American serviceman to die in combat in Iraq since the U.S.-led coalition launched its campaign against the Islamic State group in summer 2014, military officials said.

Joseph said her son had wanted to be a Navy SEAL from a young age and even put a SEAL poster on his bedroom wall at age 8 or 9. He would only enlist in the Navy if he was allowed to take basic underwater training, which is the first hurdle to eventually becoming a SEAL, she said.

"He would not join until they gave him a shot," Joseph said.

Keating's grandfather, Charles H. Keating Jr., who died in 2014 at age 90, served prison time for his role in the costliest savings and loan failure of the 1980s.

The scandal also shook the political world. Five senators who received campaign donations from the elder Keating were accused of impropriety for appealing to regulators on his behalf in 1987.

The grandfather went to prison when Charlie was young, and other children reportedly made fun of him.

"What happened in the past, I really don't care. I'm really close to him," the younger Keating told The Arizona Republic in 2004 when he ran in the Class 4A state track and field championships in suburban Phoenix.

That's where his grandfather watched him compete for the first time.

A 2004 graduate of Phoenix's Arcadia High School, Charlie Keating was city and regional champion in the 1,600-meter run as a sophomore, junior and senior.

Rob Reniewicki, Keating's former high school track coach, said he had kept in touch with Keating through Facebook and that Keating was planning to get married in November.

Keating ran track and cross country from 2004-06 at Indiana University, where his father was a three-time All-America swimmer from 1974-77 and finished fifth in the breaststroke at the 1976 Olympics.

Keating was a member of the 2004-05 Hoosiers team that was Big Ten Conference runner-up in both the indoor and outdoor seasons. He competed in the mile run.

"When Charlie left IU to enlist and try to become a SEAL, I don't think it really surprised any of us," said Robert Chapman, professor of kinesiology at IU Bloomington, who served as Indiana men's cross country coach from 1998 to 2007.

"You could tell he was a guy who wanted to be the best and find out what he was made of, and serving as special operations forces for his country embodied that," Chapman said.

"Like so many brave Americans who came before him, Charlie sacrificed his life in honorable service to our nation for a cause greater than self-interest, which we can never truly repay," U.S. Sen. John McCain, R-Ariz., said in a statement.

This story has been corrected to delete an incorrect reference to Keating attending the Naval Academy.