What to know about listeria

According to the U.S. Centers for Disease Control and Prevention (CDC), Listeriosis is an infection usually caused by eating food contaminated with Listeria monocytogenes.

A brand of smoked salmon is being recalled due to concerns that it may be contaminated with potentially harmful bacteria.

Florida-based St. James Smokehouse is voluntarily recalling more than 90 cases of its Scotch Reserve Scottish Smoked Salmon "because it has the potential to be contaminated with Listeria monocytogenes," according to the recall notice posted by the U.S. Food and Drug Administration (FDA).

The Washington State Department of Agriculture discovered the bacteria in the finished product during routine testing, according to the recall.

The recalled products were distributed by St. James through distributors from February through June 2022. The products were then sold at stores in 10 states. 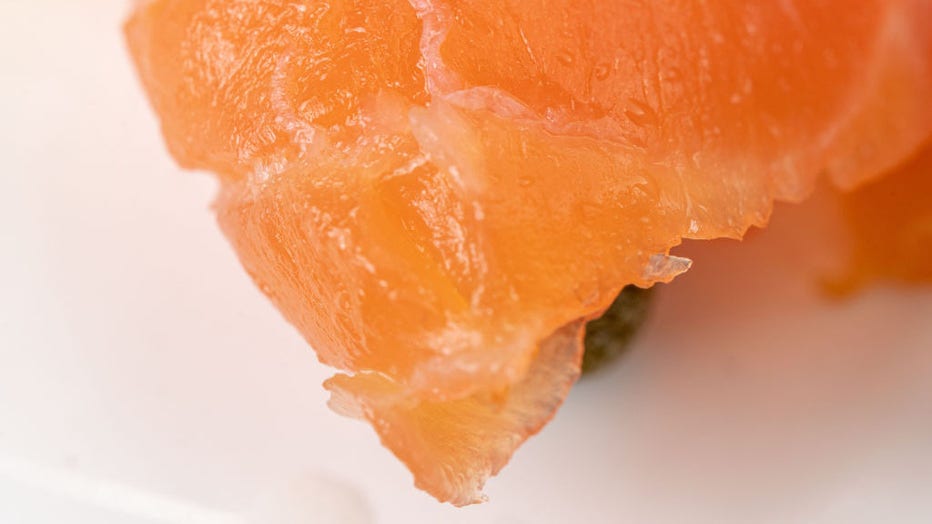 Healthy consumers can suffer from symptoms such as high fever, severe headache, stiffness, nausea, abdominal pain and diarrhea, according to the recall notice.

Listeria can result in "serious and sometimes fatal infections in young children, frail or elderly people, and others with weakened immune systems," the notice read. It can also cause miscarriages and stillbirths among pregnant women.

Since Sept. 2, no illnesses connected to the recalled products have been reported.