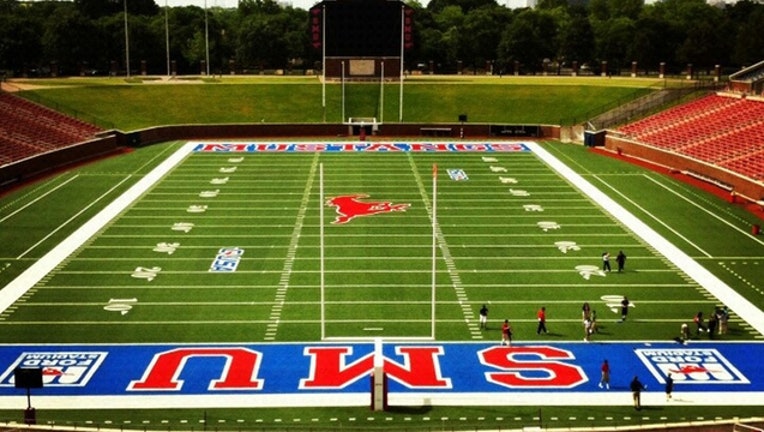 The school said those affected by the storm can call 214-SMU-GAME or use an online form to request tickets and vouchers for hot dogs and soda.

President George W. Bush, whose presidential library is on the SMU campus, stopped by the team’s football practice to offer words of support for players from the Houston area.

“I know you’re going through a really tough time. Just know that there are going to be a lot of people who will help you, help the people down there – a lot,” Bush said.

Bush said the players and their families would be amazed by the amount of help Texans and Americans will provide to the gulf coast.

“The days are dark now, but they’re going to get better,” Bush said.

SMU hosts Stephen F. Austin on Saturday at 6 p.m. at Ford Stadium. The game had already been billed as a “Salute To Our Heroes” and will honor all active military members and veterans.

A large shelter has been set up at the Kay Bailey Hutchison Convention Center in downtown Dallas for evacuees from the gulf coast. Smaller shelters at various rec centers are also operation across the city, with about 500 people.

Planeloads of evacuees in national guard planes landed Monday at Dallas Love Field. They are at shelters in Irving.