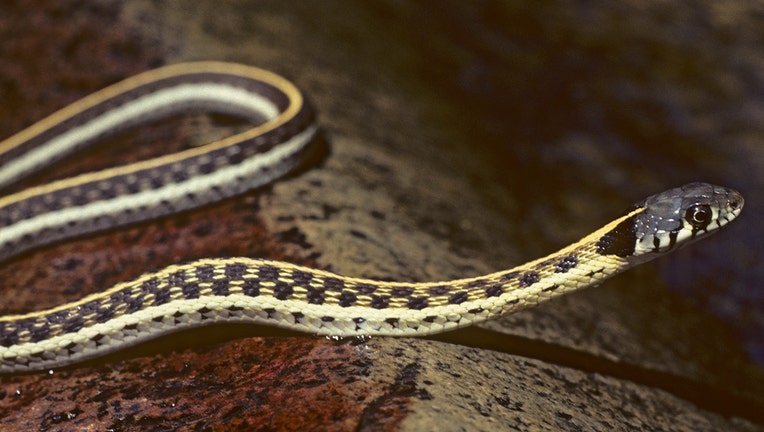 It happened on Monday afternoon.  United Airlines Flight 2038 landed around 1:15 p.m. and was taxiing to the gate when the garter snake was spotted.

News 12 NJ reported that passengers in the business class section of the plane started shrieking and pulling their feet up.

Port Authority police responded and captured the snake.  They later released it into the wild near the airport.

There were no reported injuries or impacts to airport operations, according to a Port Authority spokesperson.

The garter snake is a name given to a variety of generally harmless snakes.