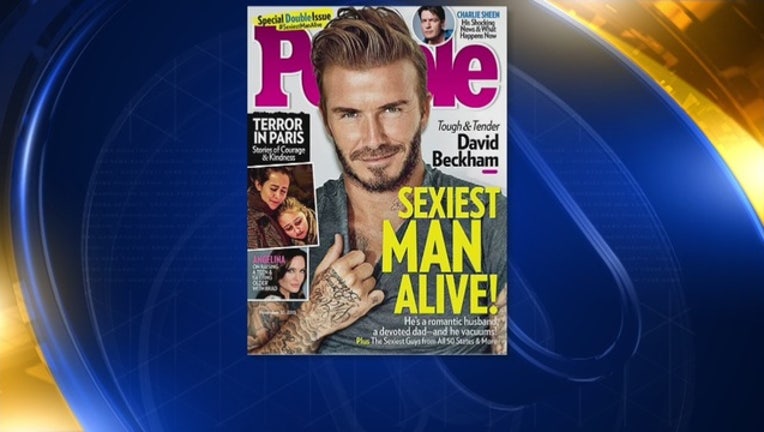 "It's a huge honor," the 40-year-old Beckham told the magazine, which announced its choice on ABC's "Jimmy Kimmel Live" on Tuesday night. "I'm very pleased to accept," he said.

"I would hope that she feels this way about me all the time anyway!" he said.

But the father of four insists he doesn't think of himself as being all that hot. "I never feel that I'm an attractive, sexy person," Beckham told People — presumably with a straight face.