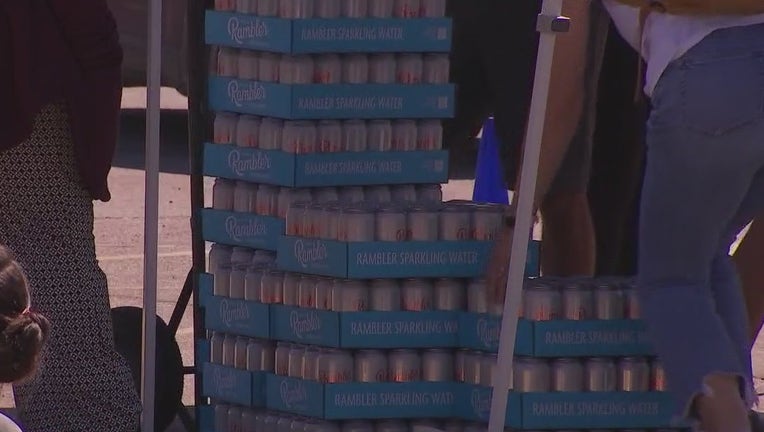 AUSTIN, Texas - The majority of the City of Austin had its boil water notice lifted, excluding areas southwest and northwest of the city, but Taylor Kamnetz is confused, because she doesn't have any water to boil.

"Frustrating is a good word," she said, describing her situation.

She lost power then it was restored in a short time, but shortly afterwards, she lost water, and it's been days now.

"I didn't think it was going to be this long. Our property manager said let us know tomorrow if you have water, it might be a main line break. No one’s said anything so we don't really know," she said.

City of Austin distributes cases of water to people in need

Cases and cases of water were unloaded from truck beds across Austin Sunday for those without access to safe drinking water.

Kamnetz said she is one of a handful of her neighbors who are still without water. Austin Water said a large majority of customers should have service restored by now. The water crisis is still ongoing and will be until the entire city gets the all clear.

"We were all thinking the weather is going to be nice and all this will end, and it's still kind of a disaster zone," said Kamnetz.

Community and city sponsored water distributions have been ongoing for the last several days and continued Monday. Sharhonda Buckley showed up at St. Elmo Elementary School shortly before the city lifted the notice in her neighborhood.

Many residents have drinkable water now, but there's growing frustration tonight in the community for some who have no idea what's coming out of their faucets.

"I finally was able to get water restored at my house but it's looking kind of murky and nasty. It's been very difficult to try to find water at the stores," said Buckley.

The winter weather is long gone, but the effects on families and infrastructure continue to linger.

"Thankfully, I have a friend who lives up north who has water," said Kamnetz.

"We are all in this together. Just try to help your neighbor," said Buckley.