AUSTIN, Texas - The University of Texas claimed victory over UTEP in their first football game of the season at DKR, a stadium which was much emptier than normal. Before students could watch the game they had to pass a COVID test. Out of the 1198 students who got tested, 95 test positive for COVID-19.

While the school took precautions to manage any potential spread some students are still not sure they want to go.

“I know that students are required to get tested but everyone (is) not so when people are going to concession how are you (supposed) to prevent that,” says Jessie Curneal a UT student.

Curneal took advantage of the free testing currently happening this week on campus. “I plan on going home to visit family so I just want to be cautious just in case." 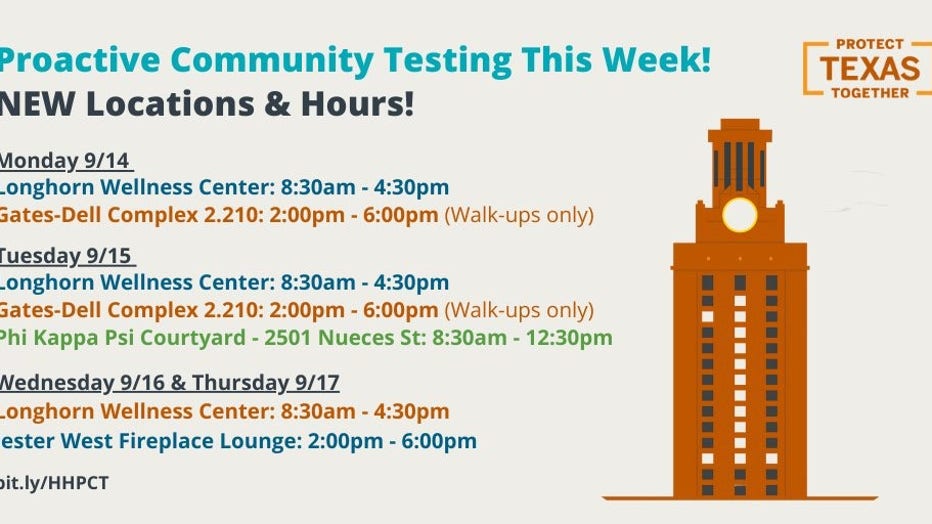 It’s not just the football games which has Curneal concerned, it’s the off-campus parties. She lives in West Campus where she said things were busy around game day.

“I just think people just have a lack of regard for other people, they think young people will be able to fight this. A lot of people feel like their missing out on stuff like football games and the regular college experience but it’s only a portion of your time that’s getting lost,” Curneal says.

Curneal isn’t the only one concerned with these parties. A look at Austin’s 311 reports on social distancing concerns shows several calls around the UT area including West Campus.

“It’s not as dead as I thought it would be like there’s still parties going on,” said Aliasgher Saherwala, who also lives in West Campus.

Saherwala says he understands the frustration about having to social distance but hopes those who do party realize what they are doing. “It’s not more important than your own health I know you want to party it’s the weekend you want to have fun but it’s not normal times right now.”

UT officials told FOX 7 Austin that when it comes to off-campus areas where students commonly live they have to rely on the City of Austin and other authorities to enforce their rules. Those who are concerned should call 311 to report any violations.