According to the arrest affidavit, the road rage incident happened at the intersection of E. Slaughter Lane and Vertex Lane.

AUSTIN, Texas - A 20-year-old was arrested for aggravated assault with a deadly weapon for intentionally trying to run over a woman during a road rage incident.

According to the arrest affidavit, the incident happened on Nov. 4. The victim stated this all happened over a road rage incident at the intersection of E. Slaughter Lane and Vertex Lane in Southeast Austin.

The victim was at a four-way stop, trying to turn. When she did, the suspect ran the four-way stop in his vehicle and almost rear-ended the victim's vehicle.

The affidavit said the victim pulled into a 7-Eleven, and when she got out the suspect's vehicle followed her. The suspect got out of his car and walked toward her. He then started yelling at her, which then led to her being pushed and hit. 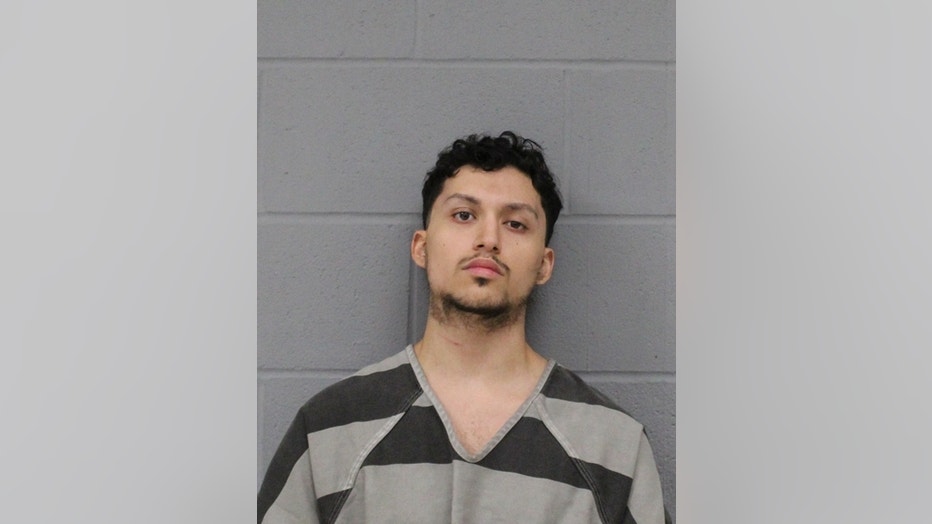 Pete Dionicio Beltran, 25, was arrested for aggravated assault with a deadly weapon.

The victim's 15-year-old son, who was in the car during the assault, tried to get the suspect off her. Another bystander then helped, eventually getting the suspect off.

The woman was not hurt, the affidavit states.

A Travis County deputy did locate the suspect, who was later identified as Pete Dionicio Beltran, 20. He was arrested for aggravated assault with a deadly weapon.