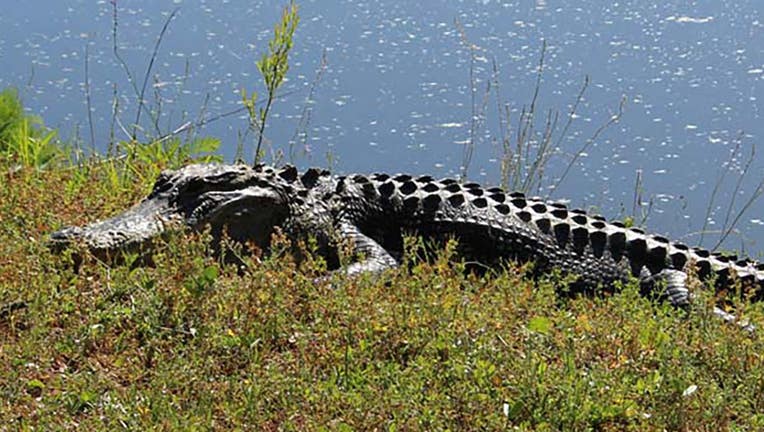 HILTON HEAD ISLAND, S.C. - A South Carolina woman was rescued by a neighbor Thursday morning during a violent alligator attack in the state, authorities said.

The woman was walking her dog around a Hilton Head Plantation lagoon after 8 a.m. when she was bit by an eight-foot-long alligator, according to a news release from the Town of Hilton Head Island Municipal Government.

Fire rescue personnel said the neighbor heard a commotion near the lagoon and found the woman in the water with the alligator "latched on to her lower leg[s]."

The neighbor entered the lagoon and tried to pull the victim back to safety, but was unsuccessful, according to the statement. So the neighbor alerted her husband, who picked up a shovel, ran into the water, and repeatedly beat the alligator until it let go of the victim, Hilton Head Plantation officials told FITSNews.

The neighbor then called 911.

Following the attack, the victim, from Hilton Head Island, was transported to a hospital in Savannah, Georgia, with serious leg injuries, Savannah's WTOC-TV reported.

READ: ‘Peek-a-boo!’: Watch these baby alligators hatch after being rescued

As for the alligator, the South Carolina Department of Natural Resources (SCDNR) arranged for it to be removed and euthanized. They plan on examining the alligator's "contents" to determine if it had been fed, according to spokesman David Lucas.

"When fed, alligators overcome their natural wariness and can begin to associate people with food," the release stated.

Lucas added that other details about the attack are still under investigation. The dog was not injured, officials noted.

"This is an unfortunate incident. We advise residents to be aware of their surroundings, especially if they are taking walks with small pets near lagoons that are habitats for alligators," said Joheida Fister, Hilton Head Island Fire Rescue Deputy Chief.

Hilton Head Plantation is about 30 miles northeast of downtown Savannah.

Get updates on this story from FOX News