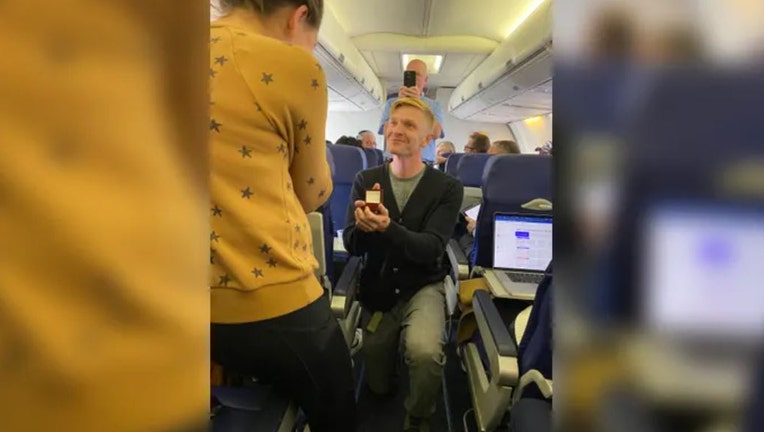 Southwest pilot Brad Ruff was waiting for the right time to pop the question to his girlfriend, Kristen Pierce, and the right time just so happened to be where he felt the most comfortable – several thousand feet in the air.

Ruff, who was not on duty at the time, was returning home to San Diego with Pierce and Pierce’s 2-year-old daughter from their vacation in Washington, D.C.

According to Ruff, he had the engagement ring with him throughout the vacation and was just waiting for the right time to pop the question. 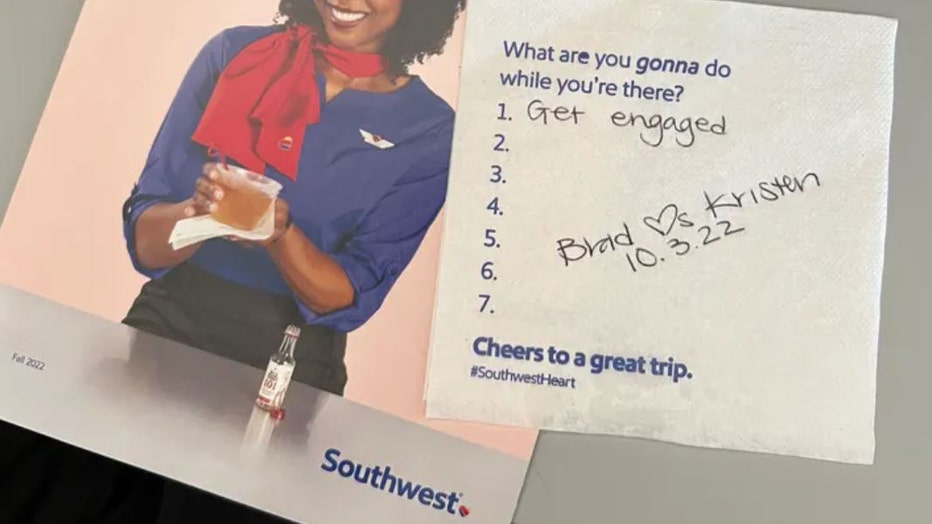 To prepare, Ruff reached out to the flight captain and asked if he could propose to Pierce while they were in the air. He ran his idea of proposing over the P.A. system with her, and the captain was fully supportive. According to Ruff, the captain also offered her and the crew’s help with his proposal.

Ruff also arranged for him and Pierce’s daughter to board before Pierce. This gave him a chance to reserve seats close to the P.A. telephone and allowed him to speak with all the flight attendants about his plans before Pierce boarded the plane. 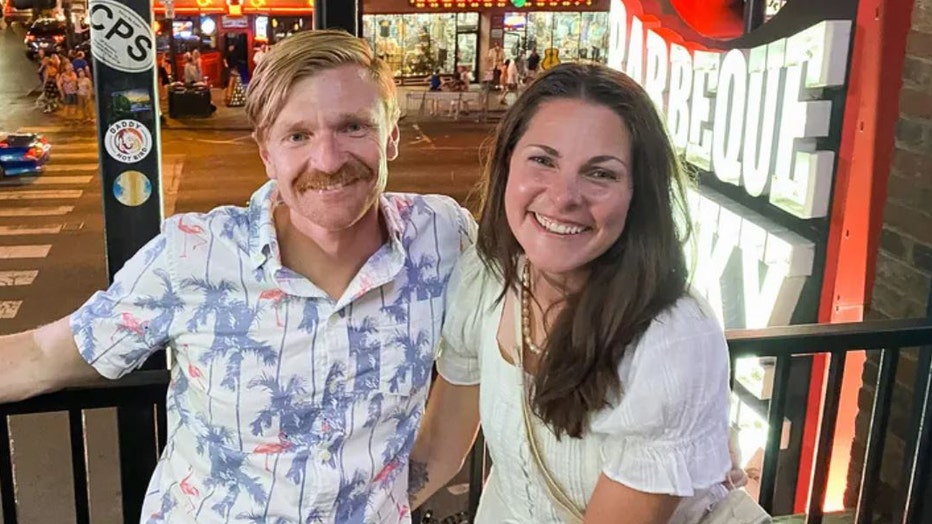 "It was quite a gamble, though, because it was a risk management decision to make," Ruff laughed. "If they don't let her on [when I board], she's going to be quite angry, and she was not happy when they told her to go to the back line. And I'm like, ‘I think I can still pull this out.’"

After the plane took off and the seatbelt light turned off, Ruff began to set his plans into motion.

He told Pierce that he needed to stand up and go to the bathroom. Instead, he walked up to the P.A. system and began his proposal. 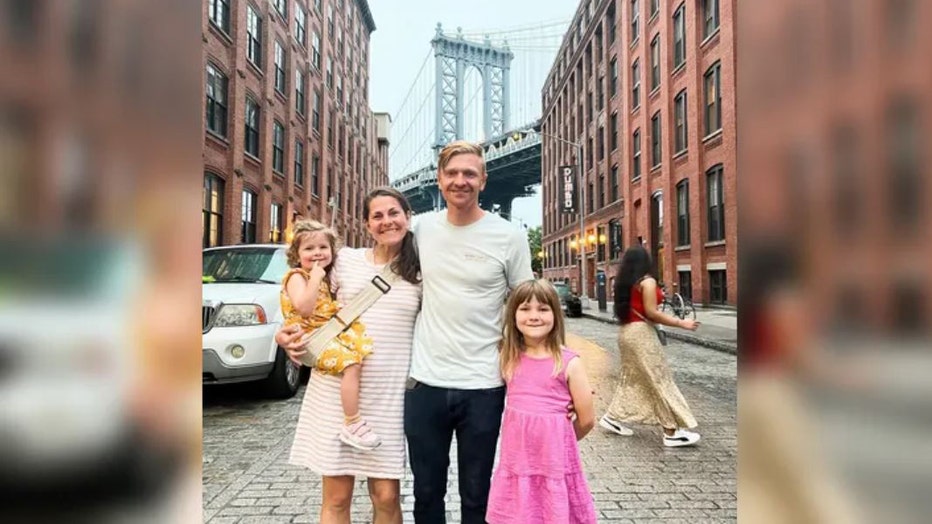 Kristen Pierce, David Ruff and their daughters during a trip in New York City. (Kristen Pierce and Brad Ruff)

"Ladies and gentlemen, if I could have your attention for one second," he spoke into the telephone. "My name is Brad Ruff, and I'm a pilot for Southwest."

He then joked about using the opportunity to "embarrass the people that [he loves]" and pointed to Pierce.

"It’s actually the second anniversary of when we started dating, so I just want everyone to look at her and embarrass her for a second," he said on the P.A., with the passengers clapping and Pierce smiling at him. "And I do have a very important question."

In a video shot by one of the flight attendants, Pierce can be seen with her eyes growing wide and mouthing the words, "Oh my god."

Ruff then walked down the aisle to Pierce, dropped to one knee and presented a little black box to her.

Passengers applauded and whistled as Ruff and Pierce celebrated the special moment. 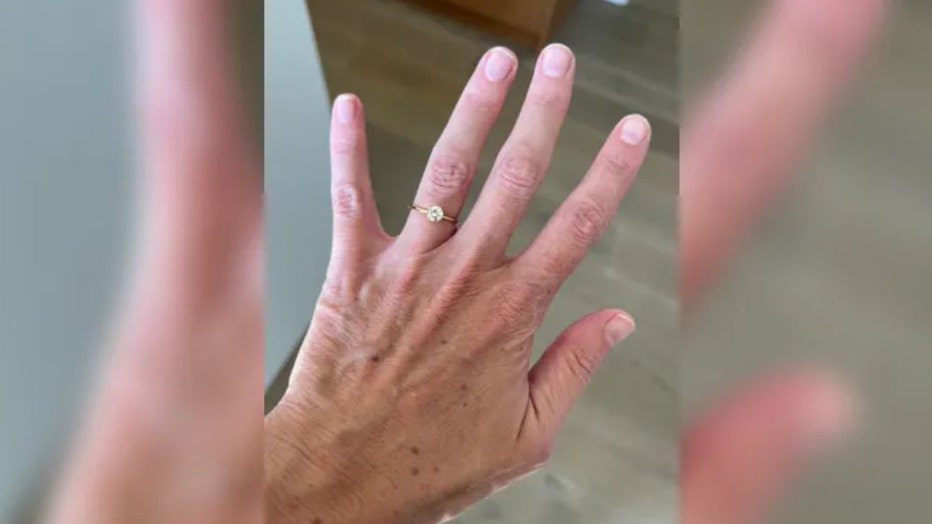 Also present were Ruff’s fellow Southwest colleagues, the flight crew who had helped him fulfill his vision for his proposal to Pierce.

The captain even presented a bottle of champagne for the newly engaged couple to enjoy after the flight.