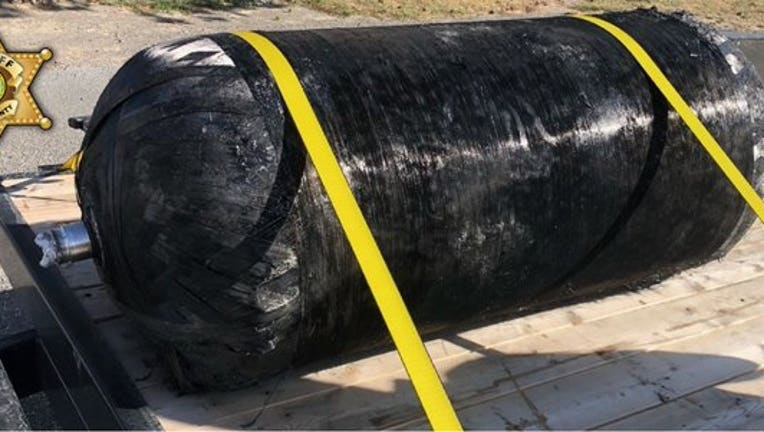 Some debris from a SpaceX rocket that lit up the Pacific Northwest sky last week has been recovered from private property in central Washington state.

According to the Grant County Sheriff's Office, a composite-overwrapped pressure vessel was found in southwest Grant County.

Reports of meteor shower are debris from Falcon 9 launch

Deputies said Friday that the property owner did not have any comment about finding the SpaceX debris.

Burning debris from a rocket lit up Pacific Northwest skies the night of March 25, the National Weather Service in Seattle said.

"The widely reported bright objects in the sky were debris from a Falcon 9 rocket 2nd stage that did not successfully have a deorbit burn," the service said in a tweet about the astral occurrence that was seen shortly after 9 p.m.

Many people saw debris shoot across the sky in the Seattle area and as far as Tacoma and Ocean Shores. 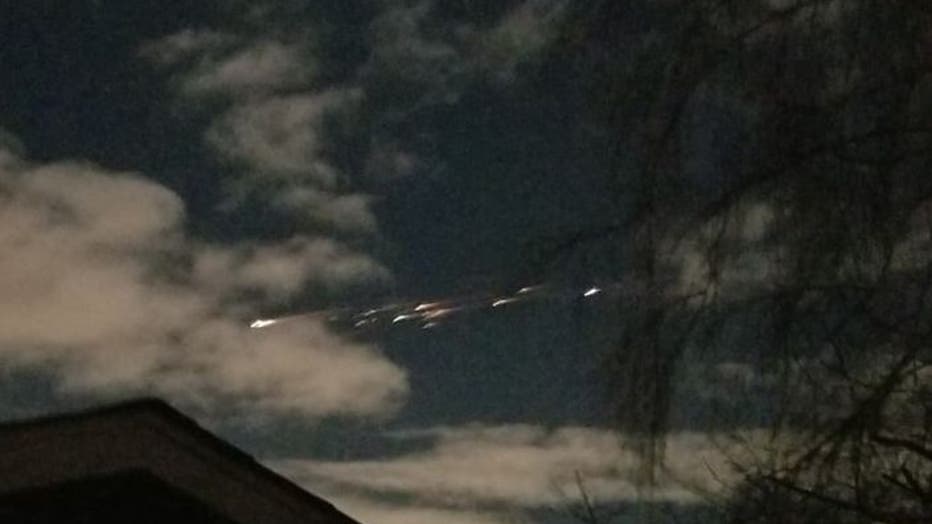 There were no reports of damage.

SpaceX said Wednesday that the Falcon 9’s first stage returned to Earth and landed as planned on its ocean-going barge off the coast of Florida.