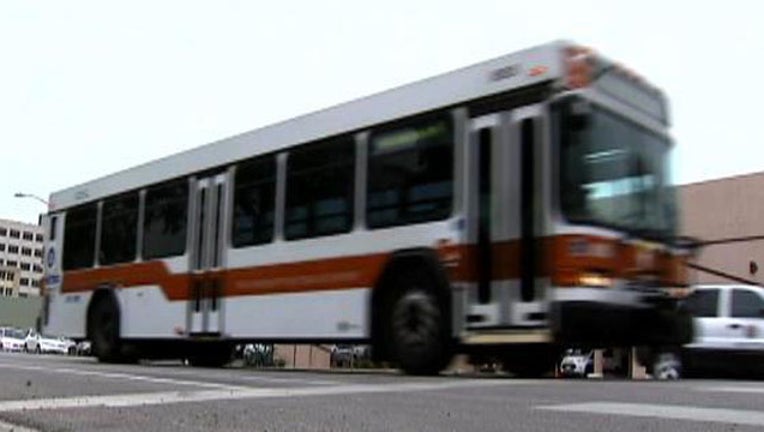 But as FOX 7 discovered, from 2012 to present day there have been a few "bumps in the road" when it comes to bus drivers abiding by the law...and keeping their passengers out of danger.

Through a freedom of information request we got access to the city's red light cameras to see if Cap Metro vehicles have been breezing through intersections when they're not supposed to...and they have been.

As far as where they ran red lights during that time period…35 and 15th street is a hot spot.

We were given 31 different videos from the city's red light cameras. Those incidents resulted in a citation for Cap Metro. The videos feature a variety of Cap Metro vehicles running red lights...the UT shuttle is a big offender.

Wyatt says driving a bus is a challenge.

"Go out there and try to drive this 40 foot bus with people behind you and asking you questions. You're trying to deal with keeping this bus in this little bitty lane and you're trying to pay attention to everything else including your schedule, ok? So there's going to be mistakes made. Nobody intentionally runs a red light," Wyatt said.

Dottie Watkins with Capital Metro says there's no excuse for this.

"There's never a good reason for a safety violation. Whether it is a momentary lapse in judgement or not paying any attention, we take every violation very seriously," Watkins said.

Watkins says when a violation happens, Cap Metro receives the ticket because they own the vehicles but they'll require the private contractors to pay the ticket. And the contractors will often make the operators pay them back. On top of safety training and disciplinary action -- which Watkins says happens every time.

"In all cases it is what we call progressive discipline. So the more offenses you have, the more likely you are to be on the road to finding your employment elsewhere," Watkins said.

Some of the red light camera videos are worse than others. One particular incident from December 2013 at 35 and MLK shows a bus running a light that's been red long enough it's about to turn green...and the bus nearly side-swipes a car.

"That looked like somebody really wasn't paying attention. Because they were being distracted for whatever reason. Like I say there's things that are going on inside that bus you're not seeing," Wyatt said.

Wyatt says Capital Metro's stringent schedule may also be contributing to some of the incidents.

"Capital Metro has some of these schedules so screwed up to where some of these drivers don't know any better. They'll try to keep the schedule by speeding, maybe not stopping at a light when it's a caution," he said.

Watkins says they constantly preach to their operators: safety first, customer service next...and schedules should be the least important thing.

"We understand that it's important and every opportunity that we get to keep the schedule, we want to be on time but safety comes first...every single day," Watkins said.

Out of all of the incidents on the video list, only one red light run is from 2015. So Watkins feels the safety culture at Cap Metro is improving.

Though the videos may be unsettling, Wyatt is confident Cap Metro operators are doing their best.